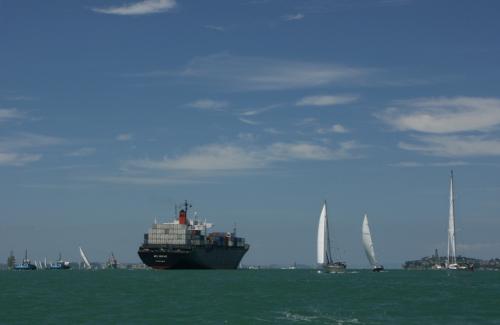 Add your comment – are you concerned about how dry it is becoming where you are? — On the second morning of summer those in southern parts of New Zealand had to scrape ice of windscreens as Monday’s southerly faded out.

The cold air was greeting the entire country Tuesday morning – but for many regions the weather has completely reversed itself with clear skies, light winds and no rain.  Despite a cold start – a warm afternoon was likely in most places.

On Monday WeatherWatch.co.nz gave Fonterra our monthly forecast – region by region, week by week – and our feeling for December is that it will start off unsettled (ie, a mixture of highs and lows) but by the second half of the month a drier weather pattern will kick in.

“Tuesday morning will likely be the coldest morning of summer – for the entire summer” says head weather analyst Philip Duncan.  “This is well below average but the same high that is partially responsable for dredging up this cold air will also give us some sunny, hot, days ahead”.

Wednesday morning may was also cold for the North Island especially.

Mr Duncan says warmer westerlies return on Wednesday PM with even warmer weather coming this weekend and next week.

Week 1:  Cold to start with, then a high rolls in.  Warmer, windier and wetter weather returns to some regions in the south west later this week. All regions warm up by Wednesday/Thursday.

Week 2: High pressure remains at the top of the country but also the bottom – meaning any rain will likely affect the West Coast and some central parts of New Zealand – with a narrow band of rain trying to cross central areas.

Week 3: High pressure dominates – but a low in the western Tasman Sea (near Aussie) will be one to watch.

Week 4: Increasing high pressure systems around New Zealand – still the risk of a rain band with southerly change, but not locked in.  (Week 4 is too far out to lock in – but hopefully mid next week we’ll have our first Christmas Day forecast!)

NZ AT A QUICK GLANCE:

North Otago is very dry around the region, there hasn’t been a lot of rain for weeks. Would u agree weatherwatch. There’s Signs of droughts here too. I don’t think it has been this dry at this time for a few years. Thoughts