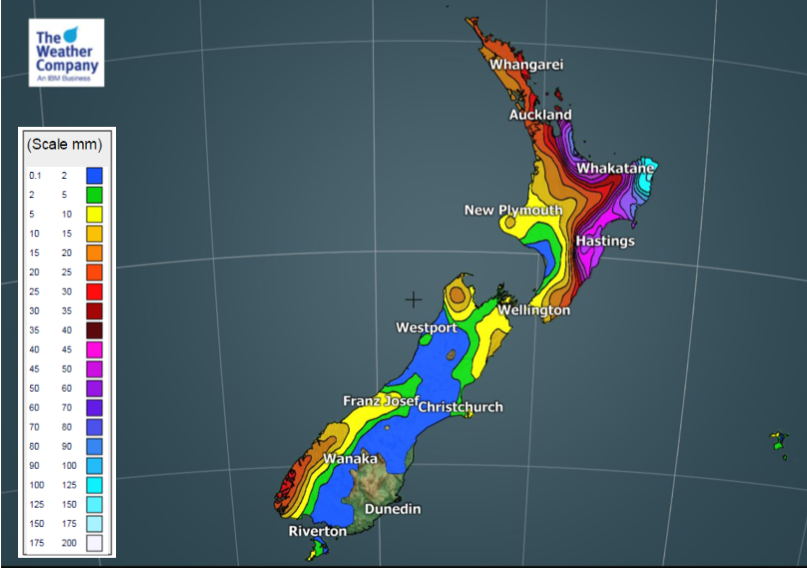 We have a set up this week which will drop heavy rain in the north eastern ranges of the North Island but zero for the south east of the South Island.

With a large sub-tropical low well off our north eastern coastline and a big high off our south eastern coastline the two air pressure systems are working together to push in an easterly quarter flow. The bulk of the rain will be around East Cape and Gisborne at this stage with showers spreading elsewhere. There could be over 150mm coming in the days ahead in that East Cape area.

Meanwhile an uptick in high pressure over the South Island does the reverse, with 0mm forecast for a large portion of Otago, South Canterbury and some parts of Southland over the next seven days.

Parts of the West Coast look remarkably dry for this time of year too with just a couple isolated showers in the 7 day forecast. Even Fiordland, one of the wettest places on the planet, has only around 30mm of rain coming in a week. 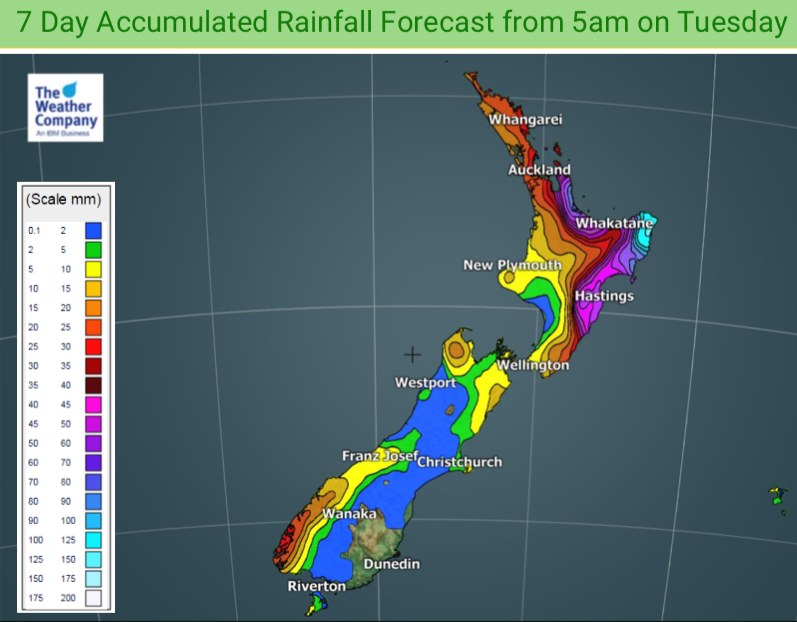