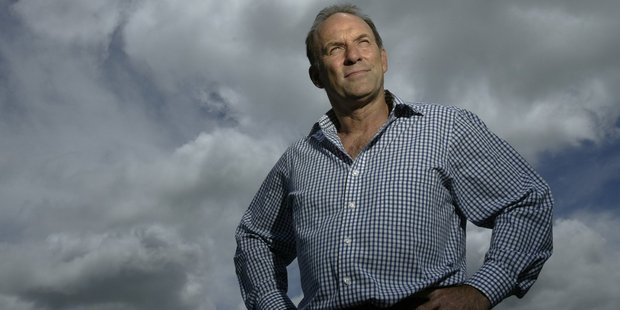 The following is an opinion piece by NZ Herald columnist Rachel Glucina, originally published in “The Diary”:

Popular weather presenter Jim Hickey is retiring from his longtime post with One News. The 65-year-old quietly told TVNZ staff this week and an official announcement is expected on air one night next week at the end of the news bulletin.

The Diary has learned Hickey will remain on air for a while, but will retire to his home in Taranaki to run the Airspresso cafes he co-owns at New Plymouth and Queenstown airports.

He was reluctant to discuss his departure yesterday. “Leaving TVNZ? No, don’t know what you’re talking about,” Hickey deadpanned.

But plans are being made for him to announce the news on air next week.

“TVNZ wants to give Jim the chance to break the news of his retirement to his longtime viewers,” a friend said.

A TVNZ spokeswoman would say only: “An official announcement on Jim’s retirement has not yet been made.”

Sources The Diary have spoken to say Hickey will be sorely missed by the state broadcaster, for which he was the senior weathercaster from 1988 until 2003, returning in 2007 to replace Brendan Horan.

He is well-liked and respected by colleagues and bosses, and beloved by viewers around the country.

His warm, infectious style of presenting prompted TVNZ to use him on several shows, including Country Calendar, Jim’s Car Show, A Flying Visit, Good Morning and the documentaries How’s the Weather Jim? and The Real Middle Earth.

Hickey, a pilot, travels back and forth to work via private Cessna each week.

Why they decided to let Dan Corbett tell the viewers instead of Jim is beyond me.

Jim has been popular over the years and has a style mny love.Dan has a very good style that explains the weather in a nice “laymans way”.

Dan will prove to be just as popular given time.

Sad, but glad to hear of Jim’s retirement.

There is a time for someone to go whilst still in his prime.

Been an excellent weather presenter over the years and have really enjoyed his presentations over the past 20 odd years. He was a guy that knew what he was talking about regarding weather situations and did his homework well.

sad day,jim brought so much life to the weather,will be sadly missed by all new zealanders