NZ weather temps: Warming or not? 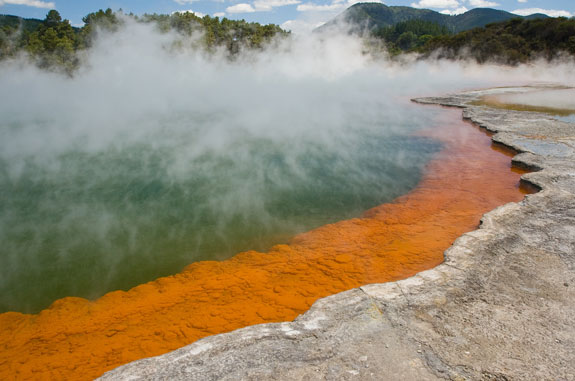 There’s been further debate about the authenticity of some New Zealand weather site figures asthe debate rages on about global warming.

Scientists on Friday rubbished claims from New Zealand climate-change sceptics that temperature data from around the country had been deliberately tampered with to show a higher degree of warming.

The suggestion from the New Zealand Climate Science Coalition and the Climate Conversation Group comes just days after “Climategate”, in which thousands of emails and documents sent between scientists were hacked from the University of East Anglia’s Climate Research Unit and leaked on the internet.

Sceptics have been selecting out comments from the emails and saying they are evidence of selective science and even collusion in preparing reports for the Intergovernmental Panel on Climate Change.

The Climate Conversation Group (CCG) and the Climate Science Coalition have released their own analysis showing that unadjusted temperature readings from seven weather stations with 100-year-plus records – Auckland, Masterton, Wellington, Hokitika, Nelson, Lincoln and Dunedin – were stable and did not create the warming trend that Niwa’s adjusted figures did.

Niwa’s adjustment of early temperatures down by up to 1.3 degrees Celsius had introduced a “false warming”, allowing the graph to climb to the present day.

Renwick, Salinger and Niwa chief climate scientist David Wratt hit back at the claims of manipulation.

Wratt said Niwa climate scientists had previously explained to members of the coalition why such corrections had to be made. He was disappointed they continued to ignore that and present misleading analyses.

Salinger said adjustments were made for legitimate reasons, such as changes of site.

“I haven’t seen this work but it will be b……., because I have worked on this for many years.

Renwick said there were several reasons for adjusting the temperature record, including introducing new thermometers or sensors to a weather site, and changes to its exposure caused by growing vegetation or urbanisation.

For example, the Wellington figures had to be adjusted down when the official weather site moved from the Thorndon waterfront to Kelburn. “That’s a move up of about 120 metres – that is the equivalent of a degree of cooling.”

The claims were “more of the same” with Copenhagen only 10 days away.

We now know that NIWA has also been involved in CRU- style temperature faking…claiming that over the last 100 years there has been a warming trend , when in fact there was none, when the last 10 years show a cooling in temperatures world-wide..

David Wratt, NIWA’s chief climatologist, IPCC vice- chairman 2007 AR4 report which claims adjustments were made to compensate for changes in locations. He justifies his claim, in the case of Wellington, by saying that since the Thorndon ( closed in 1927) is 3m a.s.l. the same as Wellington Airport, they guessed the temperatures taken at Wellington Airport would be the same as Thorndon, conveniently ignoring the fact that they are in a different climatic zone and 15km apart!

But, why, were adjustments made in that manner? Surely, NIWA had plenty of time to set up a temporary temperature station site at the disused location site to record actual data for , say, one year? That would have saved a lot of ‘soul searching ‘and questions ‘down the track’….

… But, no, for what reason, one can only speculate, given his involvement with that dubious panel, the useful tool of the One World Government (NWO), doing its dirty work to terrorize mankind c.f. Pope Benedict XV’s definition of a New World Order – an uheard of reign of terror….www.catholic2007.blogspot.com

We learn that Dr. Salinger has not looked at the opposition report, and refers to it as probably a load of b…….! That’s a pretty scientific response to a serious claim, I would have thought, unless he has something to hide? A flippant response it is, an attempt at a reasonable scientific explanation, it is not!

And, while we are on the topic of hiding, ‘ hiding the decline’ and all! David Wratt has refused to release data on the remaing N.Z. sites used in this study . A sort of , ‘case closed’, no more correspondence will be entered into!

But this is all payed for by the taxpayer, it should be available for the public viewing, since it’s conclusions will affect the public dramatically,and to their detriment, they have a right to know the truth , and available for peer review….at the moment it most certainly is not!

Perhaps, he too, has something to hide? The truth, maybe, because the truth is coming out day by day…check out from one of the many info sites now popping up at TBR.cc which does in depth analysis of the N.Z. coverup in relation to Climategate!

It is not going to go away…..yet….This is only the beginning of Climategate…and then it will be Copenhagen.

You have no idea what you are talking about. If anything, the adjustments are conservative, as Thorndon could be if anything a little warmer than the airport, requiring therefore a slightly greater downward adjustment to match Kelburn. Furthermore, you have also conveniently ignored the nationwide warming signal shown by dozens of stations around the country.

To repeat – you are an ignorant, hysterical conspiracist. The planet however continues to verify the work of the scientists by showing obvious changes. You flat-earther types are simply squealing ever louder because you are running out of arguments.