NZ warmer than many Australian cities 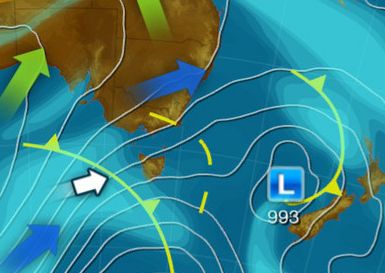 Temperatures this month have frequently been higher than many Australian cities as La Nina starts to fade reports WeatherWatch.co.nz.

In fact, as New Zealanders have been enjoying temperatures as high as 26 degrees this month parts of Australia are facing the earliest frosts in almost 40 years (Canberra) and snow on the mountains.

Take for example today’s weather.  Many parts of northern New Zealand are expected to reach 21 or 22 degrees.  Melbourne’s high is 15, Sydney is 20, Canberra 14, Adelaide 17, Hobart 12 and even Brisbane is only making it to 22.  WeatherWatch.co.nz says today’s highest temperature in New Zealand will probably be 23 or 24, based on other highs so far this week.

People WeatherWatch.co.nz have spoken to in Sydney have described recent conditions as fairly cold.   In fact Sydney’s high for the next few days will only be 17 to 19 degrees while many parts of New Zealand remain in the low 20s.

So why is this?  Mainly it’s due to the wind flow.   Large lows in the Tasman Sea have been pulling down tropical air from New Caledonia over New Zealand.  The flip side is that on the western side of these lows, over Australia, the wind flow has been a south to south west wind from deep over the Southern Ocean.

Anticyclones over Australia have also helped feed the south west wind flow over Australia but those same highs have failed to reach New Zealand – allowing the warm, humid, sub-tropical air to continually be pulled down over northern New Zealand.

But the warmth and humidity is coming to an end for northern and western New Zealand predicts WeatherWatch.co.nz.

By Monday a very strong south west flow will cover all of New Zealand – with severe gales possible in some exposed areas.  It will mark the beginning of a new wind flow over the country which will see more westerlies and almost no northerlies for all of next week.

Yay, Welcome the wind of change!