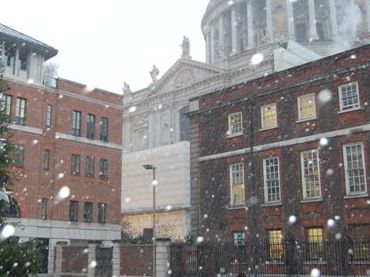 Although it seems a little unfair to compare our weather to the likes of the UK, more than one or 2 British readers have likened the northern NZ summer of late to what they would normally see back home, so we thought we’d crunch a few numbers.

First of all the latitudes are quite different with NZ being closer to the equator but if we flipped the UK on a world map into the Southern Hemisphere we would find that London would be just below Stewart Island!

In saying that, Londoners experience just as much cloud but less rain than the far south of New Zealand. Invercargill and London have similar sunshine totals each year but London is warmer during the summer months but our southern city beats the English Capital during the winter and is considerably milder.

London receives on average just a little over 1 hour a day of sunsine during the coldest months of the year. Invercargill gets 3, Christchurch nearly 5 as is Auckland and Wellington.

Dublin and Glasgow are even gloomier however if we flip the hemispheres over again, those cities would be situated near Campbell Island.

Looking at the weather archives in the UK and in 1972 it wasn’t until July that the temperature broke the 20 degree barrier.It took 7 months for that to happen almost 40 years ago!

Yes it has been quite dull and wet at times over the upper north of the North Island over recent times but temperatures have been near normal and it seems that some sunshine will be with us a little longer next week.

Yes, the UK is warmed by the Gulf Stream, and it is also insulated by the English channel. Proximity to earth’s greatest land mass makes comparison to NZ useless as we have no such juxtaposition to our east. Larger land masses can create slower moving weather systems when they still the air and can block weather from the west. Latitude partly determines temperatures, but also elevation, which is why Europe, closer to the equator than London but higher above sealevel, experiences colder winters than the UK.

I live in Invercargill and the weather is WAY better than we get in UK in winter.
Summer, well its winter here today – hail and rain! but then again I remember getting snow in April in UK too.
as the climate warms up the world changes I suppose – but since its -5 in my home town today I can assure you I have never had a -5 living here in the last 6 yrs!

Perhaps the cloud level could be smog, remember feeling that I could touch the sky it appeared so low often. The gritty black clung to clothes and skin sometimes. Always reckoned that it must of been what chicken licken experienced:)
Also experienced snow in London, sure made the city look clean for a short time. Not fun in a central west end bus sliding about as the diver had fun. After 21 months was glad to return to the fresh air of NZ.
It is nice to live within a few kilometers of west and east coast, makes for interesting weather patterns.

The other things that are similar between NZ and UK are that both regions are stuck in the ‘roaring 40s’, and the prevailing westerly wind that goes with it, with ocean to the west.

Yes, the UK is at a higher latitude (closer to the pole) than NZ, but the UK also has the Gulf Stream – a very warm ocean current – coming out of the tropical atlantic to warm it’s climate. That is what makes the UK climate so similar to NZ.

But the Gulf Stream could also be blamed for making the weather in the UK extra stormy – we all know that storms happen when cold air passes over warm water. Given that the UK is closer to the pole than we are those polar blasts are going to be extra cold, and the Gulf Stream is providing ocean water that is extra warm!!!

I was in the UK for 18 months during one of their hottest summers on record (83-84) I was living near the south coast in the “milder” area Bournmouth/Poole and went swimming in the sea…. let me tell you even on a hot summer day that water was freezing compared to the Hauraki Gulf. So maybe it is warmer than the North Sea but it sure as hell isn’t as warm as Auckland

Whilst I am not arguing that that water in the English Channel that summer was nowhere near as warm as the water in the Hauraki Gulf in summertime, it was never going to be.

Bournemouth is at a latitude of over 50 degrees north, which is closer to the North Pole than Stewart Island is to the South Pole. However, during summer, the Gulf Stream acts to warm the sea temperature to around 15 degrees in July and up to about 18 degrees in September.

This is a similar temperature in summertime to the water around Wellington, which is 1100km closer to the equator than Bournemouth is.

If you have a look at http://www.osdpd.noaa.gov/data/sst/contour/global50.ice.gif, this is a snapshot of the current sea surface temperatures around the world as of last week. You can clearly see the Gulf Stream as the blue tongue of water in the Atlantic Ocean extending north past the UK, past Norway, and into the Arctic Sea. This is in stark contrast to the other side of the Atlantic Ocean, where the cold water coming out of the Arctic between Greenland and Canada – the purple colours – come down almost as far south as 40 degrees North – the same latitude as Wellington.