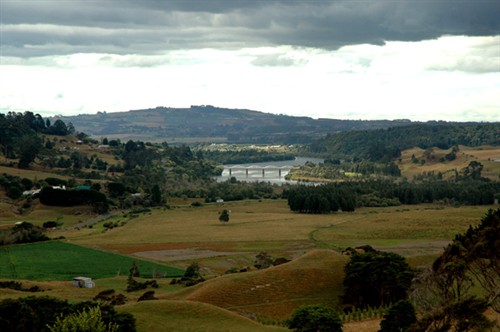 Tonight there could be some sea fog or low cloud returning to parts of the east and north of the country with temperatures slowly cooling off.

Western,central and southern regions under clear skies are likely to see cool to cold temperatures once more.

Dews have been forming in many areas and in most cases the only sign of moisture.
Parts of Northland saw showers fall earlier today and one or two commented….”Im in heaven waking up to a wet ground and the skies being overcast and grey. So nice to have a break from the extreme dry and hot conditions weve been having in Northland.” said Gina.

Trevor mentioned..”I actually went outside in my pjs and walked in it. Such a great sight”. (We’re picking here at WW you mean the rain and not you outside in your pyjamas?)

For most of us though it was some cloud or sunshine or even a combo of both…”Just a few white puffy clouds, still a nice cool breeze, lovely before it gets too hot – Papatoetoe Auckland”said Diana.

Mel posted on our Facebook page,”After a crisp start the Hutt Valley is warming up in a beautiful day of sunshine”.

“Oh yay. Is so hot & dry out in Pukekohe. Needs a weeks worth of rain! Never seen AKL like this & go for so long without a good dousing of rain. Used to it in Canterbury, but never here!” said Telly.

Drizlle was falling over parts of the West Coast apparently earlier today although the Southern Lakes District was shining “Blue skies and beaut of a day = Queenstown” Michelle mentioned.

Tonight and tomorrow appears to be more of what we’ve seen lately with just subtle changes but the chant for rain continues for some.