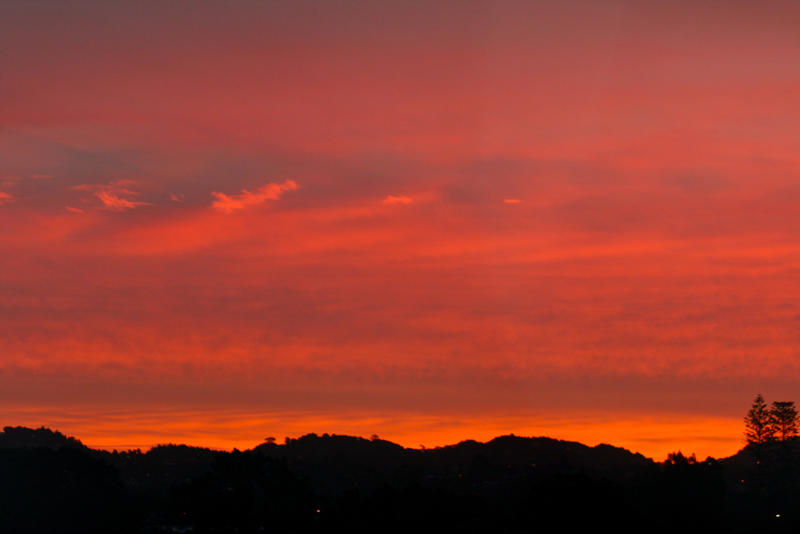 Victoria University professor Timothy Naish says the evidence that humans are contributing to rising temperatures is clearer than ever, despite the report’s official stance leaving room for doubt at “95 percent” sure.

But this is up from 2007, when the UN’s Intergovernmental Panel on Climate Change said it was ony “90 percent” certain.

“The IPCC is inherently conservative – I think it has to be that way,” Prof Naish said on Firstline this morning.

“I think it’s always an easier situation to increase your certainty than to be overly certain and then have to come back.”

Rather than present new scenarios of what may unfold over the next century of rising temperatures, this latest report narrows down the range of possibilities.

“The significant point here is we’ve got a number of scenarios, and they depend on how we essentially limit our emissions of greenhouse gases,” says Prof Naish. “Three or four of those scenarios tell us we’re going to be warmer than 1.5degC, and one of them says well, you can keep the temperature under 2degC, but that would require widespread extraction of carbon dioxide out of the atmosphere. “

Unfortunately, particularly for those living in vulnerable parts of the world such as low-lying Pacific islands, Prof Naish says it will be “extremely difficult” now to keep the world’s average temperature less than 2degC above pre-industrial levels.

“Above 2degC and getting up to 4degC is when we see the irreversible meltdown of the Greenland ice sheet, we parts of the Antarctic ice sheet go, we see sea level rise greater than one metre, we see the increase in the intensity of storms, the big rainfall events, all those sort of worst, extreme things we expect with climate change.”

The best-case scenario offered in the report is that temperatures rise only about 1degC by 2100.

Global warming is just hype and benefits people who have vested interests in carbon trading or emissions trading.

If it is in fact true that Human activity is causing “Global Warming” why is it that we have noted changes across the Solar System?

Not only is the Sun entering a quadrupole magnetic faze, but Mercurys magnetics have been recorded as much larger than the first measurements back in the 70s, Venus has slowed in rotation by around 6mins per (Venus) day. Storms on Venus are larger and last longer than ever before and the atmospheric green glow has more than doubled in size.. Mars has had significant Marquakes, which throws a spanner into the works of plate tectonics, polar ice melt there has increased significantly also, Jupiter now has a Red Jnr. A smaller version of the infamous storm, it has lost stripes and changed vibration in both the xray and radio frequencies. Saturns big storm, came in a lot earlier than usual was much bigger and this time instead of lasting a few weeks.. it pushed 3 months. Neptune and Uranus have cloud formations and Auroras they are much more noticeable than any other in history. Even Jupiter and Saturns moons such as Titan and Europa have had significant changes.. Hell, even Pluto the plant that was has shown a 300% increase in brightness..

I’d love to know how driving my car caused this? And also, why is it that this UN report on climate change has come in just in time for Agenda 21 to be introduced, a world wide effort to control population and emissions..

Open your eyes people, these are not signs we are heating up, they are signs of an incoming Mini Ice Age.

Tell that to the aussies:)

“The IPCC is inherently political – I think it has to be that way,” Prof Naish said on Firstline this morning

There I fixed it for you.

Ooopsie ! Hasn’t Prof Naish heard that Chairman Ranjendra K. Pachauri, railway engineer, and Climate Science Head of the Communist U.N. IPPC , Climate panel, in Australia earlier this year, (February 2013), announce that ‘there has been NO Global Warming for 17 years!’ Shall I repeat that!

And if that is the case, and we know it is because we have other experts have come to the same conclusion, using real data, not using invalid models, then why didn’t he tell his bosses ( the U.N.) that it would be a complete waste of time, money and energy, alarming the unwitting public unnecessarily, and just simply call the whole charade off?

I guess he is in too deep and the risk of upsetting his communist bosses is more than his neck is worth!

Yep I agree, these people are probably paid mega $$ to make wild assumptions which are utter rubbish.
They cannot prove with any percentage that Humans are responsible for the climate variations other than those caused by the geoengineering of the weather which is not conspracy but a well known fact.
Now just a snippet, can this guy tell us why the tempuratures have fluctuated in the past without Humans burning fossil fuels?
Pardon, what was that – just another baseless assumption answer from the so called experts? I thought so.