NZ – Saturday provides this & that 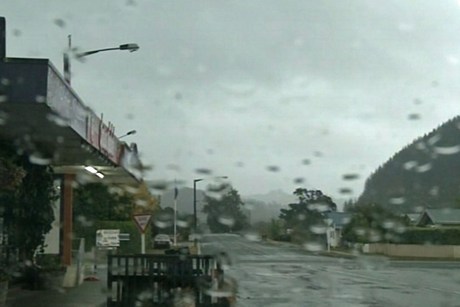 The wettest conditions this morning cover northern New Zealand and parts of eastern areas of the South Island. These will take time to clear but an improvement is expected throughout the day.

Most of the country have remained in double figures overnight which is unusual as we approach late May.
Tauranga and Whakatane are the warmest on 17 degrees, Auckland 16 and the coolest North Island centres are Wellington and Masterton with 12 degrees.

It’s only the southern half of the Mainland where it drops to single figures but even 9 degrees for both Invercargill and Dunedin isn’t considered cool for the time of the morning or year.

The South Island shouldn’t see temperatures rise to any great levels though today but northerners look to see the high teens as a popular mark but skies overhead might not match it this morning.

Plenty of dry and sunny breaks are more likely today though overall in comparison to Sunday’s weather.

“The low over us is still expected to influence our weather for a few days” says weather analyst Richard Green. “Some decent falls picked up over many places late yesterday and last night and this morning the northern end of the country is also seeing a soggy start” Mr Green says.
“In saying that much of the country should be relatively dry and some sunshine can’t be ruled out which is good for sport or wanting to hop into the garden”.

WeatherWatch is picking the next 7-10 days as changeable at best as a couple of lows and fronts come and go with little signs of a high wanting to hang around.

Winds also look to be a feature blowing in from the north, west and southerly directions with colder temperatures and snow for mountainous areas over the south pushing in during the upcoming week.