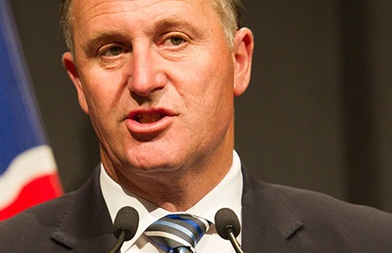 Exclusive — This year WeatherWatch.co.nz has interviewed the Labour leader & the United Future leader, also Helen Clark at the United Nations amongst several other well known people in NZ and abroad, and today we interview New Zealand Prime Minister John Key in the final of our 2015 ‘Friends of WeatherWatch’.

Earlier this year we had a rare opportunity to download the free WeatherWatch.co.nz weather app directly on to the New Zealand Prime Minister’s iPhone.  We were unsure if the Prime Minister would actually use it, so we decided to follow it up a few months later and ask him – which kicked off asking him several other questions too, while we had the chance.

We also wanted to get the Prime Minister to comment on a couple of specific questions we have relating to NIWA and MetService – his replies (and in some instances, non-replies) are helping us work positively with various MPs this year and in 2016, to try and change government policy in NZ for the better.  We appreciate Mr Key’s responses – both here in this interview and in our supportive informal conversation earlier this year.

A big thank you to the Prime Minister, and the team in his office, for accommodating WeatherWatch.co.nz at such a busy time of the year!

1)  Where did you grow up and whatâ€™s your strongest memory of the weather / climate back then?

I grew up in Christchurch and have fond memories of frosty mornings cycling to school, as well as the hot norâ€™ westers. 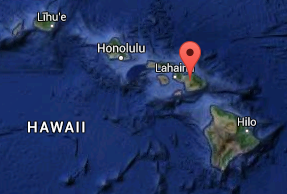 2)  You holiday in Hawaii from time to time – whatâ€™s something you love about their weather compared to, say, Auckland where you live?

We are fortunate that the place where we stay on Maui is protected by a volcanic mountain, so it hardly ever rains. Itâ€™s a great spot.

3)  We had a brief chance to chat earlier this year at Wellington airport – and we personally downloaded our free WeatherWatch.co.nz app on to your phone – be honest, do you use it – and are we accurate enough for you to play golf from our forecasts …or do we have more work to do to improve?!

Yes, I do use it as itâ€™s very accurate.

Thank you for the enhancement of my sporting passion.

4)  How come, with you as Prime Minister, New Zealand has become the only nation in the western world to not only have two Government owned weather forecasters competing against each other, but also they charge the most in the western world for basic data.  Are you committed to fixing this unique problem we have in NZ with access to open weather data (weather data taxpayers already own and are then charged astronomical fees to use it).

Through its contract with the Minister of Transport, MetService provides core weather services to support safety of life and property in New Zealand and the wider South Pacific region.

As part of this contract, MetService makes a range of weather observation data available at no charge and with no restrictions on use.

It also provides additional information, free of charge for personal use, via its public website. Other data that may be needed to meet more specialised requirements is provided at rates appropriate to the market for weather services.

5)  NIWA is a Crown Research Institute but are so commercial they wonâ€™t work with private forecasters unless we pay them – do you believe in your heart this is appropriate for the Crown owned climate and atmospheric research agency 100% owned by the NZ public to be putting profits ahead of public services, especially when they make such significant profits already?

NIWA is subject to the Crown Research Institutes Act 1992, where the principles of operation require it to operate in a financially responsible manner so that it maintains its financial viability.

As a Crown Research Institute, NIWA is expected to make publicly funded data freely available to other New Zealand users except where there are substantial costs associated with the provision of such information. A range of companies contract NIWA on a fully commercial basis to undertake research on their behalf and that work cross-subsidises the less commercial public good scientific work that NIWA does.

6) Ok, let’s lighten it up again — When you get a break and play golf do you play through the rain or showers – or do you need it totally dry?  Or put another way – how fussy are you with the weather?

Itâ€™s more fun to play golf when itâ€™s dry, but a little rain never hurts anyone so I always box on through if the clouds open up when Iâ€™m on the course.

7)  You get to travel a great deal – from active war zones to snowy business summits – what are a couple of places youâ€™ve been to globally with extreme weather that was very different to NZ?

Saudi Arabia was extremely hot and dry, which is quite a contrast to when I went to Antarctica which was very windy and cold. 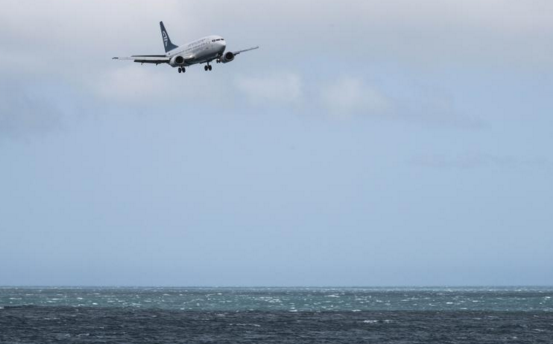 8)  You fly back and forth a lot from Auckland to Wellington – how many really windy landings have you had?  And do you find that being Prime Minister means you have to always â€œlook coolâ€ even if youâ€™re nervous?

I think itâ€™s important to stay cool, and I fly a lot so nothing really phases me when it comes to turbulence.

9)  Youâ€™re the most powerful person in New Zealand – but the weather can make all of us feel small and humbled. Have you ever been in a serious weather event and been seriously concerned about your own safety, or the safety of your family?

My family and I flew into Sao Paulo in Brazil once in an extreme thunder and lightning storm. That was the only time Iâ€™ve been a bit scared because of the weather.  – Prime Minister, John Key.