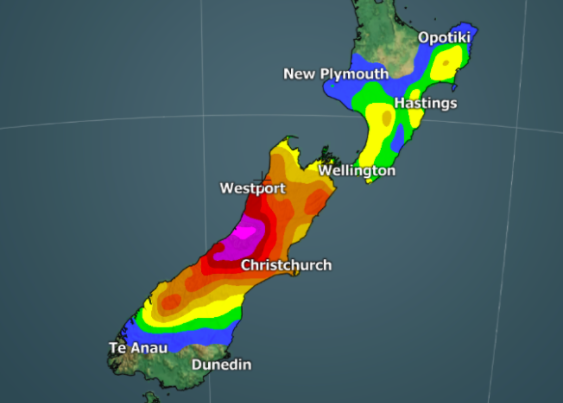 The next few days sees patchy rain moving up the South Island placing moisture in the North Island and with daytime heating it will likely create afternoon thunderstorms and downpours.

Meanwhile cooler weather in the lower South Island will be replaced with hotter weather by the weekend.

A small area of low pressure is developing in the Tasman Sea and will push rain into the South Island over the next few days and perhaps briefly over some parts of the lower south western North Island. By Friday this low may be falling apart before it even crosses New Zealand due to a big block of high pressure over the North Island and out to the east of the country.

On Friday there may be a large area of thunderstorms and heavy downpours around the North Island, especially in central and inland eastern areas thanks to a humid northerly quarter airflow coupled with this falling apart low.

Elsewhere many areas will be dry with a mix of sun and cloud with high burn times in the sun.

And if you’re a bit worried about how cool it is in some parts of the South Island at the moment, don’t worry – hot summer weather returns as early as this weekend with highs in the late 20s and low 30s.

Parts of Southland will reach 30 degrees on Sunday, well up from the highs in the late teens at the moment. 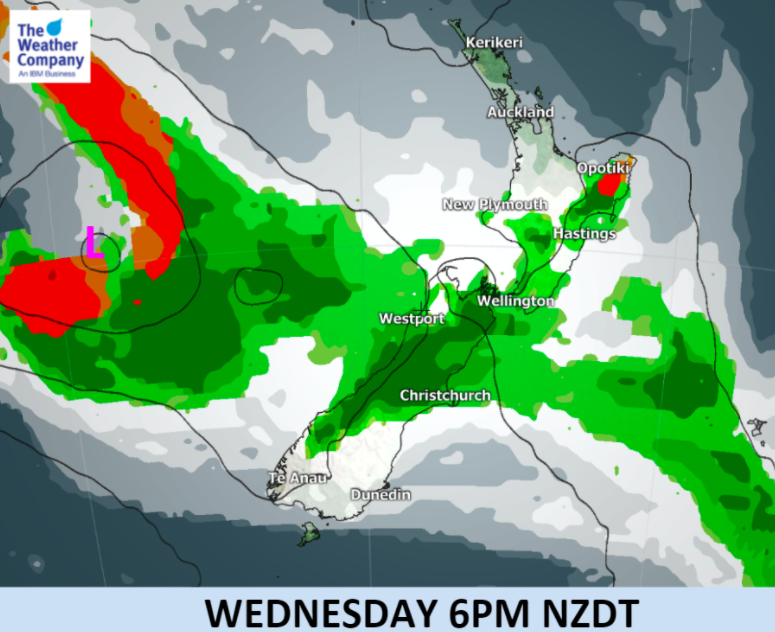 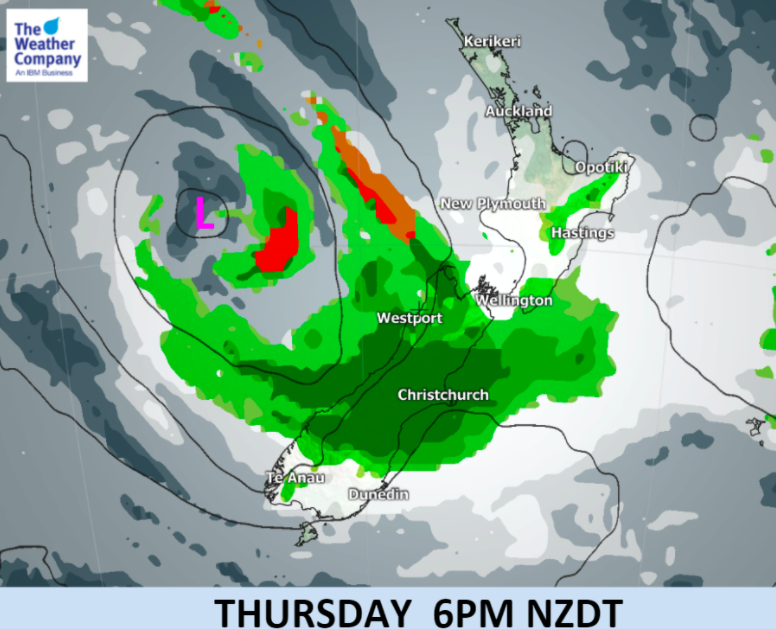 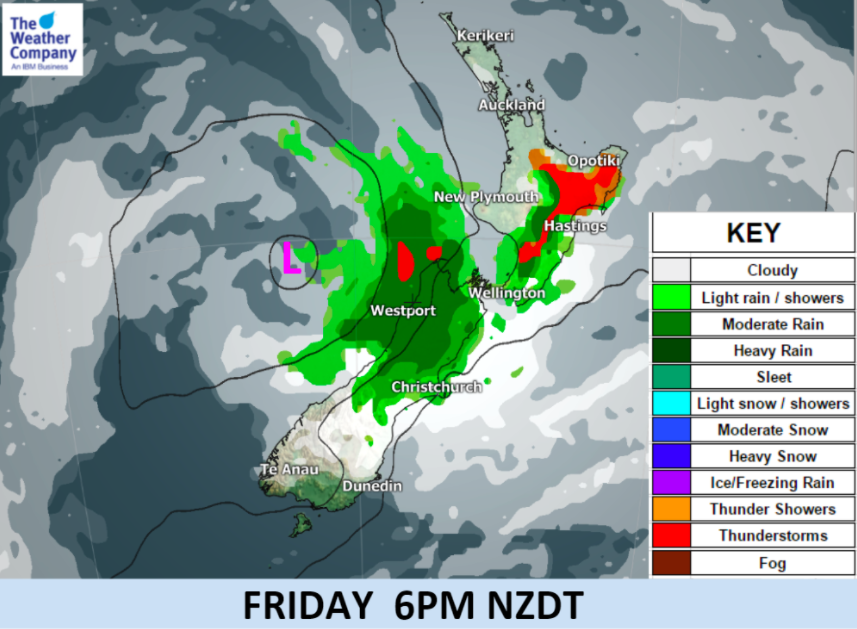 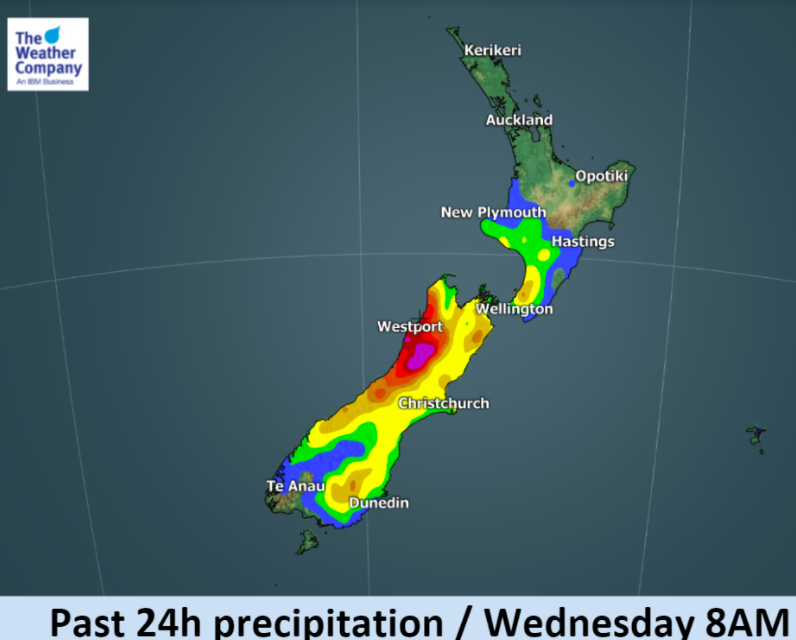 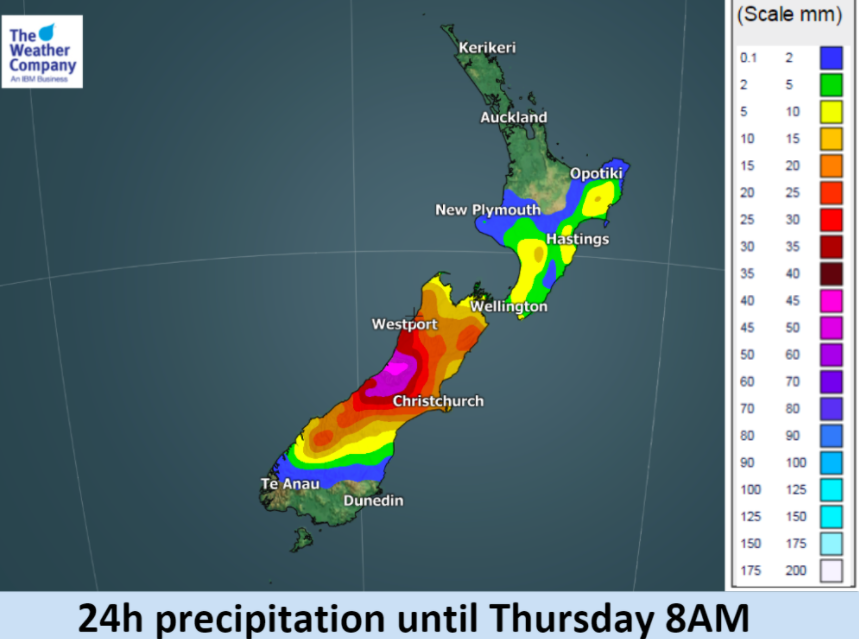