NZ: Mostly dry but for southwest 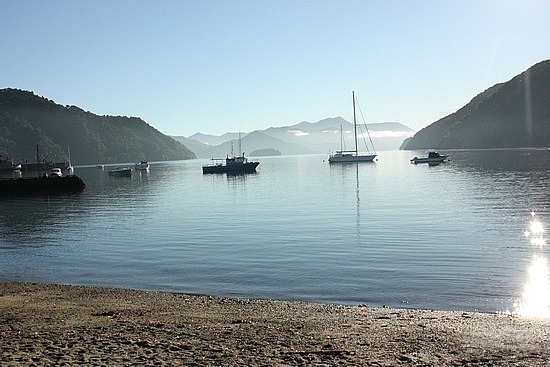 Isolated, light showers could continue to peck away over parts of the Far North and Gisborne today and the weekend plus some rain over parts of the West Coast seem to be the only two features of moisture this weekend.

Mostly sunny skies are set for the rest of the country with the possibility of some cloudy areas also being a part of the make-up this weekend.

Grass growth has started to take off since some rain fell earlier in the week so a settled weekend for most areas could be idea to get out to mow the lawns or get in the garden.

“It’s the first weekend that really has that sense that Autumn has actually got underway” says Head Weather Analyst Philip Duncan.”Cooler temperatures make it much more pleasant and most of the weekend should remain that way for many of us.”

WeatherWatch sees cool to cold nights being a theme as well this weekend with the risk of heavy dews and even the chance of a slight ground frost for sheltered inland areas.

“It’s not the sort of news that vineyard owners and managers want to hear but it’s still a low risk” says WeatherWatch Analyst Richard Green.”It shouldn’t be widespread or harsh at all but again it’s just an indicator that the seasons are certainly changing.”

For those wanting to hike, head to the beach, river or lake it seems most will have settled down after the wet event earlier this week and the weather overahead looks ideal in most cases for anything outdoors.

Winds are forecast to be mainly light but easterlies over the top and northerlies over the West Coast and Southland could be a little breezy at times.

Temperatures are set to range from 18-25 degrees nationally during the day with lows anywhere from near 5 degrees to about 12-14 degrees across the Far North.

Next week we’re seeing some rain off and on still for parts of the West Coast but most other regions mostly dry in the lead up to Easter.