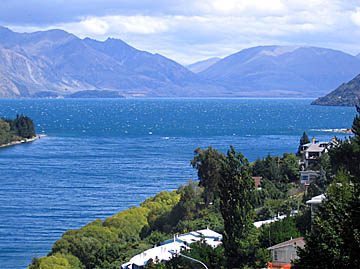 The high currently over the country is set to be with us until the middle of the week until it gradually slips eastward.

A low is slowly moving down from the north and appears to brush the north and east of the nation but at this point it’s looking like some showery skies rather than anything with a bang.
It’s shortlived too as it sweeps eastwards as well.

A depression will gradually deepen in the Tasman sea before heading our way before the end of the week and disrupting our skies next weekend.

Overall this coming week it appears at this point that more than 90% should see a mostly settled week thanks largely to the high pressure zone taking its time over us.

Temperatures might be a degree or two above average in the main and nights don’t look overly severe with very cold temperatures.

Winds are mainly gentle however easterlies may freshen for a time over the north as the low teases us for a time.

Next week sees a high push in again after the low swings by but until take a little time on Monday to completely clear land. the south looks to be under blue skies following a chilly southerly outbreak over the weekend.

A west to southwest airstream willgradually pick up over the Mainland in the mid to latter part of next week with showers in the west and south but mostly dry and sunny over the rest of New Zealand.

The following weekend sees a cool to cold southerly flow developing with showers likely in southern and eastern regions but dry conditions for most other areas.

As we approach the end of the month and the beginning of June are lige anticyclone could be set to hang over us with frosty nights and sunny days.