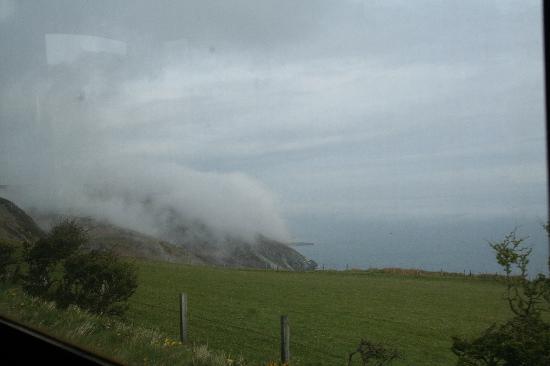 The South Island is looking mostly dry to start the weekend off in the early stages but some rain is set to develop along the West Coast in the afternoon ahead of an active trough.
The upper half of the North Island isn’t looking quite so settled with a spell of rain or widespread showers likely to settle in for a time.
Winds are expected to lie over western areas from Northland all the way down the western side to Fiordland with north to northwest winds.
Temperatures are looking to warm up a little in most places and especially in eastern regions of the South Island

Sunday
The coldest day of the year so far nationally is set to move in from the south.
Polar air is be dragged up in a raw southerly airstream and will bring a period of rain for southern districts followed by showery skies with hail and thunder in the west. Snow is expected to fall to low levels in the Far South and eastern areas including Canterbury.
The North Island may not be quite so icy but wet conditions for many regions with westerlies tending sou’ west throughout the day or evening.
Temperatures falling in most areas of New Zealand with the arrival of the big change.

Monday
It will still be cold to very cold for many of us and feel more like July in places instead of early May.
Many of the showers will retreat to western areas however a few are still possible along the eastern coastline.
Blustery sou’ west conditions will remain at first but a gradual easing during the day is on the cards.
A high moves into the Tasman sea which promises to deliver more settled conditions during the week however some big frosts are also entering the picture.

Tuesday
A weakening sou’ west wind across the country will see showers ease a little but not completely disappear.
The high is slow going and still remains west of us and chilly temperatures are expected day and night for many areas.
Daytime highs are still about 2-3 degrees below normal for early May and aren’t about to increase anytime soon.
Western regions of both islands are still likely to see some showery conditions however eastern parts could be in line for some crisp sunshine.

Wednesday
The anticyclone finally climbs on board and the North Island should be shower free with mainly blue skies .Frosty conditions first thing and again at night for many parts of the north look to be in the forecast.
Mainlanders are about to see cloud roll up the West Coast with some showers or rain possible as a result of an increasing westerly flow.
Dry and mildish weather is anticipated on the lee side of the alps from Kaikoura to Southland with perhaps some increasing high cloud.

Thursday
A frontal system arrives over the South Island with a nor’ wester building ahead of it.
Rain with some localised heavy downpours appear to be on the menu for Coasters and scattered and lighter falls over Otago and Southland can’t be ruled out.
The rest of the Mainland is looking dry and settled and rather warm. Nelson might be the exception with a few spits here and there.
The North island remains under the influence of the high with dry conditions during Thursday forecast.

Friday
Rain is looking to become more persistent and widespread however northern and eastern parts of the North Island might start off fairly dry.
Southerners will see a front sweep through and bring a colder southerly change however perhaps not to the degree of earlier in the week.
The West Coast could still be on the receiving end of some heavy falls throughout the day.
Temperatures are set to nosedive in the south again due to the nippy winds blowing from areas far to the south of the country.

Saturday
The last of the southerly wind should slowly ease and fade away with most showers disappearing or have already gone by first thing in the morning. This is largely thanks to an incoming high with a ridge extending over western regions.
Temperatures again are likely to be cool to cold for most of us and in the breeze will certainly have a bite to it.
Frosts are set to reappear for many centres and inland areas are likely to be the hardest hit.

Sunday
The anticyclone is still lying to the west of the North Island but potent enough to bring mainly blue skies to the north.
Now there’s a chance some rain could push into the southwest corner of the South Island as a west to sou’ west wind picks up.Overall it appears light and patchy but Mothers Day could be a little soggy over Westland and Fiordland.
However for most other Mums across the country the sun should shine down.