NZ – Huge high on the horizon 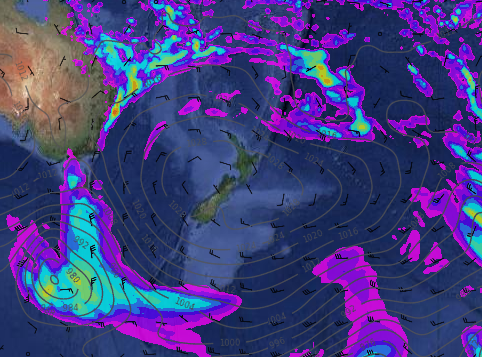 With a big low bringing humid sub-tropical weather this past week, it would make sense to now balance that with an equally big high pressure system. So that’s what we’ve ordered up the country.

New Zealand is not entirely finished with the week-long rain maker. Today, Monday, it’s bringing rain to Christchurch and patchy falls around other parts of Canterbury, especially coastal areas.

This means by Thursday the high will cover all of New Zealand from Northland to Southland.

Friday looks similar too – settled and calm in most places.

A big week for plant and pasture growth – and also a good week for drying things out.

Dear North Island. Thank you for sharing your rain with us, but you can stop now and take it back. Regards, Eastern South Island.