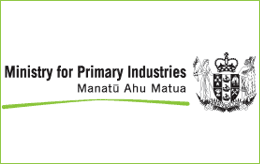 As our dry summer continues to stretch on the New Zealand Government, via the Ministry for Primary Industries (MPI) has formally asked WeatherWatch.co.nz for help with rain forecasting as droughts are declared.

What does a ‘drought’ mean? – Rural News explains

MPI approached WeatherWatch.co.nz two weeks ago and asked if we could provide detailed rain forecasts, region by region, week by week, for the areas most desperate for rain – Otago, Canterbury, Marlborough and Wairarapa.

The New Zealand Government already owns not one but two forecasters – but over the years WeatherWatch.co.nz has developed a reputation for being more detailed with rain forecasts.

“During a drought it’s critical not to be using the word “rain” all the time unless you’re very confident it will arrive and not give false hope.  We go extra steps to do this and Fonterra and MPI have noticed” says head weather analyst Philip Duncan.

In 2013 MPI hired WeatherWatch.co.nz for the first time ever, for drought reporting during that historic drought event.

“Through our regular work on rural channel CountryTV and via our WeatherWatch.co.nz website we are hearing daily from farmers and growers across New Zealand and we are doing our best to give them the most accurate possible forecasts that give some silver linings to the dry clouds but also avoid unnesssary false hope. It’s a very, very, tough tight rope to walk”.

Mr Duncan says part of their work is clarifying other forecasters who freqently over predict rain. “Many apps and even some NZ forecasters tend to over predict rain – this may be fine if you’re trying to paint a fence and don’t want a few spits of rain on it, but not if youre desperately needing rain to keep your farm business running – a few spits isn’t considered ‘rain’ to them”.

WeatherWatch.co.nz believes in sharing as much data as possible – and we’ll endeavour to share as much info as we can with the public via our RainWatch news products.

There is a chance of some rain sliding south down the east coast in the final days of the month – but it may not affect the South Island.

How to deal with drought conditions – support networks, advice, other info from MPI