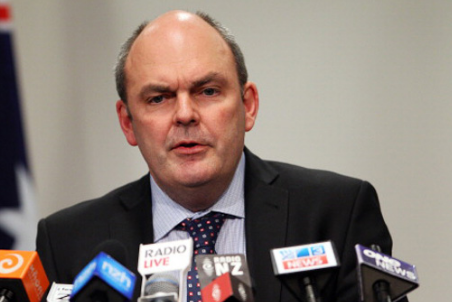 For the first time since the 1980s the New Zealand Government has agreed to investigate why tax funded weather data is currently being blocked for open use by NIWA and MetService – and what data could be freed up in the future.

The announcement came from Minister Steven Joyce on Monday following a several year campaign by WeatherWatch.co.nz to give the public access to data they have already paid for.

Since 2008 WeatherWatch.co.nz has been working with people across both sides of the political aisle and within the past year received boosted support from the Prime Minister and the Labour leader.  With the two government forecasters restricting use of data already owned by tax payers it’s limiting innovation in New Zealand within not only the private sector, but public agencies too.  Change is well overdue.

In a one page letter emailed to WeatherWatch.co.nz on Monday afternoon Mr Joyce outlined the Government’s initiative “Open and Transparent Government” (www.ict.govt.nz/programmes-and-initiatives/open-and-transparent-government)

“In line with these principles and after some discussion with my colleagues, I have asked officials to begin investigating…weather data that could be publicly made available” says Minister Joyce.

WeatherWatch.co.nz, along with other small private businesses and large government agencies are asking the Government for basically this: Open access to current and past weather observations. In other words, what Mother Nature did and was captured by tax owned equipment.   This would mean openly displaying rain radar images during life threatening weather events, showing current obs from all airport weather stations without delay, and historical obs which we can display.  The sort of data that is “free to use” in ALL western nations because it ultimately helps the government and the people.

There are issues surrounding NIWA and MetService being allowed to “price up public data” too.  In one example in 2014 WeatherWatch.co.nz emailed NIWA for a quote to use and purchase data from them, and NIWA responded not by contacting us but instead by ringing one of our clients and trying to talk them out of using WeatherWatch.co.nz. A gross breach of privacy and ethical standards.  There isn’t another Government forecaster in the western world that would do that.  Minister Joyce has advised WeatherWatch.co.nz goes to the Commerce Commission to sort those issues out.

The review isn’t promising change in the future either – Minister Joyce says MetService and NIWA need to be considered as collectors of the data and what consequences any changes might have on them.  NIWA and MetService CEO’s have both expressed their ideologically against the private weather sector.

New Zealand is the only country in the western world to have two tax owned Government forecasters – with NIWA recently being allowed to get into the weather market under the National Government.  Earlier this year in a Select Committee the CEO of MetService mocked NIWA for having such a small forecast team compared to the mighty MetService and emphasised repeatedly that MetService is the official government forecaster and not NIWA, even when MPs pointed out that recent MetService warnings had been wrong.

WeatherWatch.co.nz welcomes the timely review – and we thank Minister Joyce for his time in hearing us out over the past 12 months. Already this week Minister Peter Dunne has written to WeatherWatch.co.nz to confirm this is the most positive news he’s heard so far on the issue of access to public weather data.

Well I hope this ends well for you guys.

Metservice are afraid of letting others get this stuff because it will further expose their deficiencies. I actually think it is a disgrace that they are never really held to account on their forecasting even though it leaves much to be desired. Particularly marine forecasts, very rarely are they accurate.

Given the resources you guys work with you do an amazing job, and if more tools are available I am sure you could enhance the product even more.

That item on TV1 News tonight was a disgraceful set of lies, complete with polar bear marooned on an ice floe with 2 ignoramuses of so-called scientists hopig to scare viewers with nonsensical rubbish about CO2. Even talked about 400pm having rched a “tiping point” – what on earth does that mean  The news readers should refuse to read out such rubbish!

Good on you guys. Keep fighting the good fight!

If metservice provided a half decent product they wouldn’t need to protect IP that doesnt belong to them.