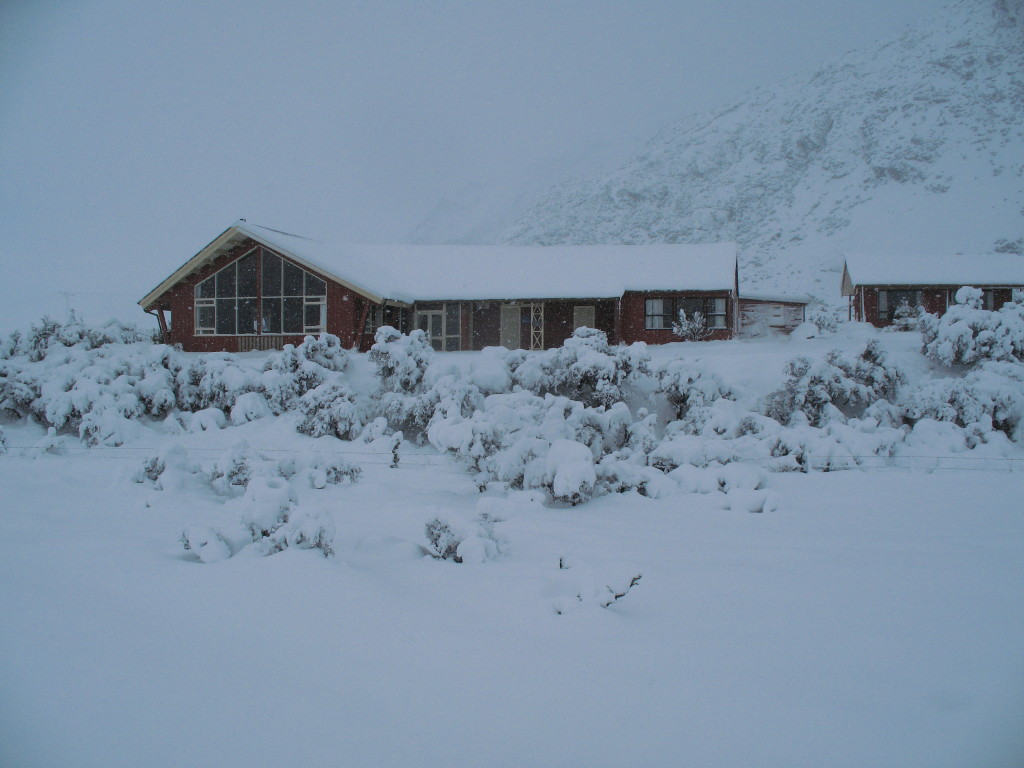 Niwa’s annual end-of-summer survey of the snowline on key South Island glaciers showed they lost much more ice than they gained between April 2008 and March 2009.

Scientists flew over 50 glaciers in the Southern Alps and Kaikoura area and photographed the positions of snowlines on glaciers during the survey.

Niwa snow and ice scientist Jordy Hendrikx said above-normal temperatures, near or below-normal rainfall and above-normal sunshine were among the reasons for the continued shrinking.

This year’s snowline was, on average, 95 metres above where it needed to be to keep the ice mass constant, Niwa said.

This indicated the loss of glacier mass observed in the 2007-2008 survey had continued.

Over the past 33 years, there had been an overall decrease in the glacier mass balance, despite periods where the balance had increased for a few years.

Talk about “PC-ness” If global warming/climate change is occuring its due to the suns energy output as well.What will happen in the future long after when the sun expands to a red giant.
Which SI glaciers are not KEY,Yet another pc word used in many aspects.

How you could confuse scientific data with over-zealous attempt at political correctness completely escapes me. And what a load of rubbish, worrying about the Sun’s transformation into a Red Giant! This process will take 5 BILLION years – the latest climate models predict that we could have no glaciers and permanent polar ice-caps in 20 years. Given these facts we would have to be very foolish not to be concerned about Global Warming and the part we play in it. Personally, I think that people such as yourself are frankly too scared to believe the majority of scientists’ predictions that it is likely, if not definite, that we are contributing to the problem. This is an area in which bigoted statements from scientifically uninformed, conspiracy theorists such as yourself must be prepared to be shot down. And don’t even think about calling me PC!

Well, it looks rather like the Conspiracy theorists have got one right after all!…
…there is sure to be a lot of egg showing on a few faces in the next few weeks, I’ll be bound!

Apparently, thanks to the efforts of one enterprising hacker, the truth is starting to come out, as thousands of e-mails and documents, from the East Anglia University Climate Research Unit, detail incriminating evidence of manipulation and destruction of scientific data , so deceiving public at large and influencing policy makers…and all this weeks before the crucial Conference in Copenhagen in December, 2009!!!

Check the video out at “the Air Vent” or http://www.youtube.com/watch?v=Ydo2Mwnwpac