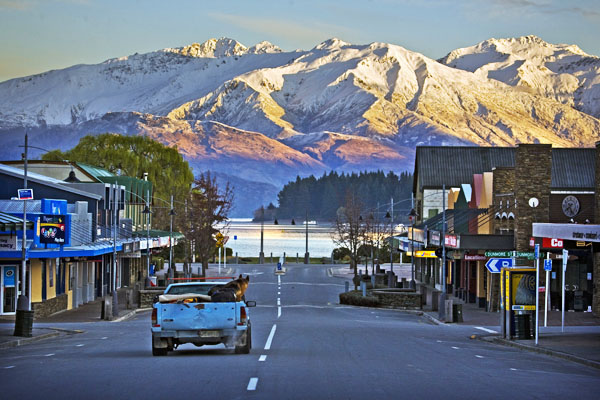 This morning we thought we’d delve into small town New Zealand and look at the climate of Wanaka which is quite different from the nearby towns of Queenstown and Alexandra.

Wanaka is located about 300 metres above sea level and is alongside Lake Wanaka.

Winters are crisp with some snowfalls but also cold and clear days are common with heavy frosts.
Summers are warm with frequent warm to hot sunny days and balmy evenings.
Pleasant light lake breezes can develop during the warmer months but on occasions in winter these can be very cold.

Winds can gust in from the northwest at any time of year accompanied by some rain but southerlies, although cool, are often drier than their northern counterparts.

Wanaka has more of a continental type of climate, which parts of the central Otago and Southern Lakes Districts both have. Rather harsh winters in terms of temperatures but relatively warm and settled summer months.

Daylight hours are long in summer with sunsets around 9.30pm and temperatures can stay high until early morning and then it suddenly cools under clear skies with dew forming, even during mid summer.

Queenstown may offer many sights and sounds but as many people are discovering, Wanaka is quite the jewel in the crown.

Of interest might be the heat-wave Wanaka experienced recently in early Feb last year, with five consecutive days of max-temps between 30C and 33C recorded at Wanaka Airport (normal Feb max-temp is about 24C).
.