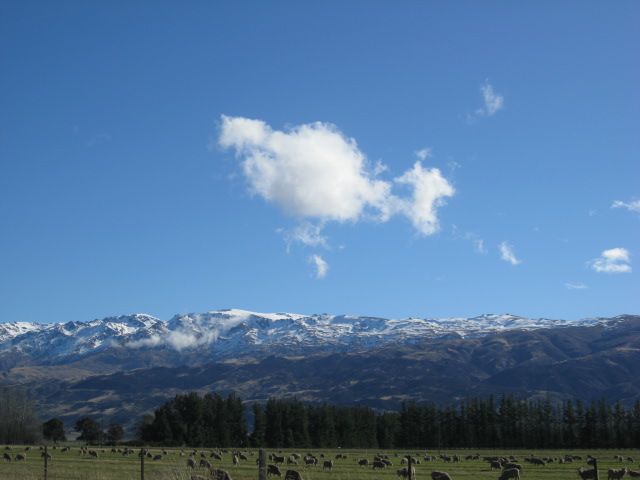 Christchurch for the second morning in a row has dipped below the freezing mark whereas just down SH 1, Timaru is 15 degrees warmer as one of the final mornings of Autumn is underway.

Hastings is also cold and has hit the freezing mark and further south, Blenheim is at a similar level but a sunny day is expected for both centres today.

It’s almost a repeat performance in the far south this morning as a westerly keeps the temperatures about 7 or 8 degrees above normal for this time of year. Invercargill and Gore are registering 11 degrees but a few showers may move in for a period of time today and also up to Balclutha and possibly Milton. Dunedin should remain dry but cool sou’ westers may freshen.

” The southeastern corner of the South Island might see disturbed skies move in for a bit and also some showers could see West Coasters get a little damp today” according to WeatherWatch Analyst Richard Green.
” It seems that most of the Mainland would escape any activity rather than blue skies for much of this week but the bottom end of the high is seeing a belt of westerlies bringing some shower activity but nothing major is anticipated” Mr Green says.

WeatherWatch.co.nz belives that a fair chunk of the North Island should be relatively clear with sunshine in many areas but a few cloudy spells might bring a brief skiff however these should be few and far between, if anything much at all.

Tomorrow appears to be a similar story to today with more frosts in central areas and the odd shower still possible in the deep south and for West Coasters.