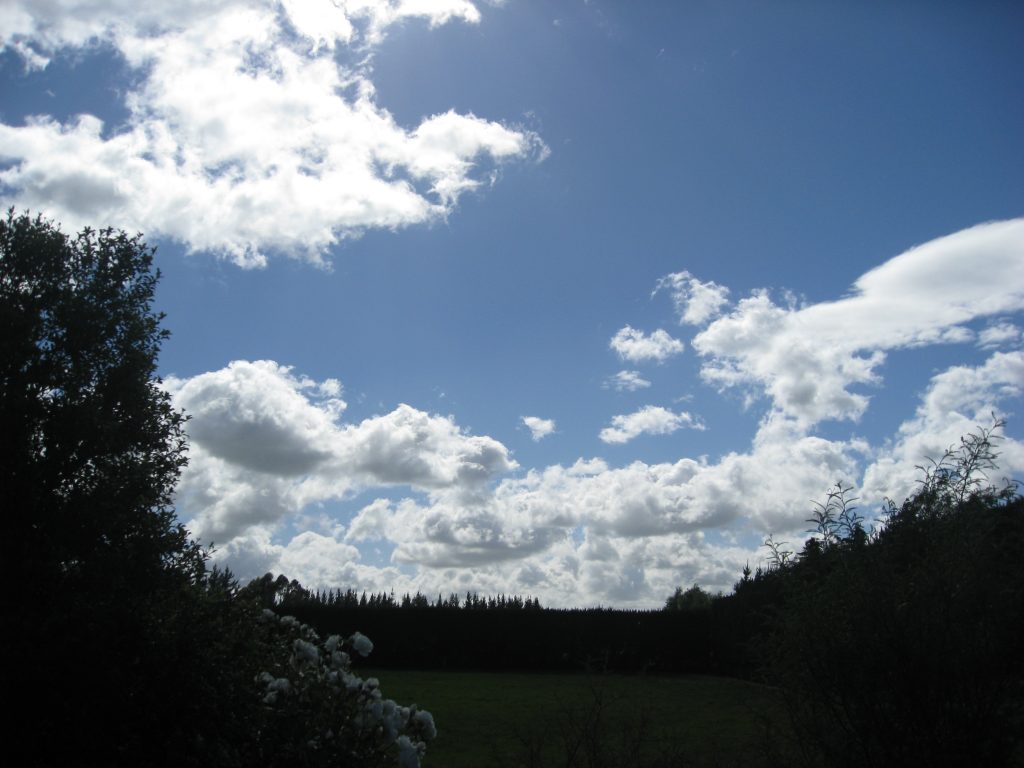 On this day back in 1973, New Zealand had its hottest day on record.
42.4 degrees was shared by both Rangiora in Canterbury and Jordan in Marlborough. Christchurch also felt the the heat as 41.6 degrees surpassed the old record.

Within 24 hours the North island had its highest recorded temperature of 39.2 degrees in Ruatoria.

The hot weather stemmed from a nor’ west flow ahead of a cold front in the Tasman Sea. As the front moved over the South Island, temperatures cooled quite quickly with Christchurch plunging down to 14 degrees by early evening-a range of almost 28 degrees in just a few hours!

This afternoon isn’t proving quite so extreme in the south, as a southerly change heading north over eastern districts is keeping temperatures relatively cool.

We are currently on 27 degrees here in Beachlands with 41% humidity. Its a lovely day and nice and hot! :o)