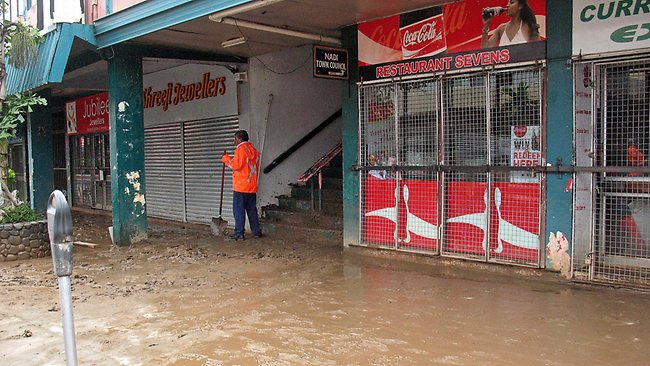 Fiji has had a very wet beginning to 2012 and New Zealand is now coming to their aid after successive devestating deluges.

Instability in the region has been very active over the last few months and now there is another cause for concern as more tropical trouble brews with Cyclone Daphne threatening to cause further problems with flooding to Fiji even though the island isn’t in its direct path.

Our Government has made $500,000 available to Fijian authorities to assist them with the clean up operation and also preparedness for the next event in the form of Daphne.

High winds and rain pummelled Fiji at the weekend, causing flash floods that left five people dead and three missing, forced thousands to evacuate their homes and cut off power and water. A state of natural disaster was declared for most of Fiji’s Western Division.

The latest victim was a three-year-old boy who drowned in a flooded creek yesterday afternoon.

Yesterday, there were reports that the rain had stopped and rivers had receded, but last night, the country was preparing to be battered by a cyclone that formed a few hours earlier to the west of Fiji.

Tropical cyclone Daphne was expected to pass 500km southwest of Fiji this evening, bringing with it more rain and strong winds.

There are signs that there could be an easing in disturbances for the area over the coming weeks however more active rain bands can’t be ruled out.

Photo of mud and silt after floodwaters recede in Nadi