NZ – Crunchy morning for some 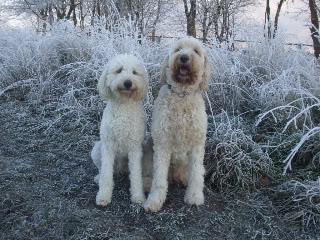 As predicted frosts were the focus over parts of the country overnight and this morning with temperatures certainly fresh in most places.

Almost all of the nation are in single figures except the top and bottom end.

Figures fell below freezing for a few centres over the South Island as frosts began to develop early to mid evening and increased throughout the night.

Alexandra dipped to – 4, Queenstown -2 and Christchurch -1. Timaru is also a little icy and – 1 this morning.

Invercargill and Dunedin escaped the frost as temperatures remained near 10 degrees for much of the night.
West to sou’ west breezes blew across the cities and stopped frosts from developing.

Lower and central areas of the North Island also copped a few of the icy crystals at ground level whereas much of the upper North Island has remained frost free but not entirely.
All centres however remained on the positive side of the ledger but only just.
Whangarei stayed in double figures but almost all other centres dived into single figures with Auckland bottoming out with 9.

Usually for this time of the year more frosts would have been recorded however the recent dry and warmish spell has kept many of them out of reach…until now.

“Now this is nippy here in the south” says weather analyst Richard Green. “And we’ve noticed smog or pollution levels have risen overnight and first thing this morning with the crunchy arrival over parts of Christchurch, Kaiapoi and Timaru here in Canterbury”.

WeatherWatch believes health guidelines have been close to being breached during the night across the province but traditionally three or four times in May that can occur – so there’s no real surprise, just an unpleasant situation.

Temperatures will slowly pick up throughout this morning across New Zealand as the sun thaws the frosty or dewy conditions but some cloud with some showers about Northland and parts of Auckland could either develop or hang about.

Winds in the main should be light or gentle if they exist at all but an easterly over our two northernmost regions could be noticeable throughout Wednesday.

A few showers are moving over Northland this morning and we’re watching a disturbance that has formed just to the west of the North Island in a line.
This contains a narrow band of rain with some heavy falls however should gradually ease and largely remain offshore.