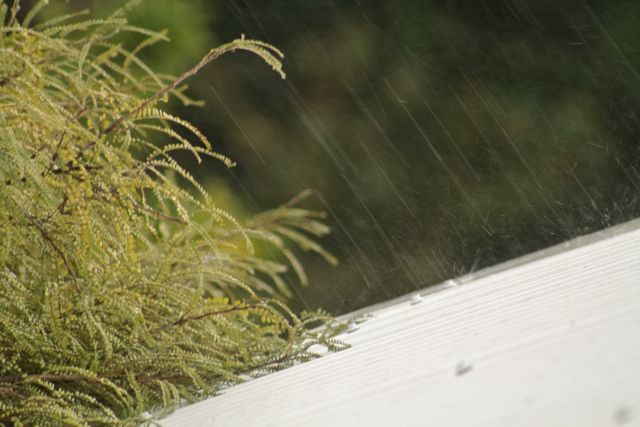 One end of the country is mild with sub-tropical downpours, the other end has severe frosts and in the middle?…well they’re a bit of both.  New Zealand’s weather is creating three quite different zones across the country as a large low in the Tasman Sea continues to slowly feed rain over the North Island – while a high in the south keeps those rain clouds away…for now.

Today over New Zealand again the top third of the nation will experience fairly mild conditions.  Whangarei’s predicted high is 17 degrees and some pockets may reach the late teens. Auckland is heading towards 16 degrees – a big jump from just a high of 11 degrees last Saturday.

Showers and dry, sunny, spells are expected in the north west flow.  Rain and cloud will push into eastern areas too with some heavy falls.

Meanwhile Southland and Otago will spend another day mostly in single digits after more severe frosts – but blue skies are also likely for most centres except in the east where some cloud is likely with a low risk of a shower for Dunedin today.

With the weather so varied across New Zealand today we’re keen to hear from you – what are conditions like where you are today?

Here at Paraparaumu in the “middle zone”…….A sprinkle of rain early morning, not measurable. Then dry all day, mostly sunny until early afternoon when the sun became blocked by a sheet of As. Max temp 14C. Little wind.

Thanks for the update – and glad you got the sun for a time.  Not all "middle" sections were as described above but generally speaking it was a bit bleak through central NZ today – 14 isn’t bad at all! – there’s a reason why Paraparaumu is a great place to live.  Have to say, I do miss living just down the road in Paremata.