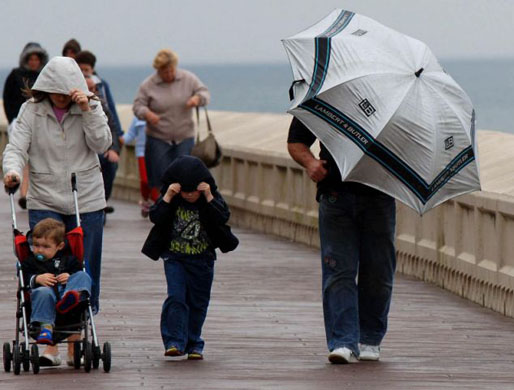 One of the coldest weekends in many summers took centre stage for much of the nation however inland areas and the West Coast of the South Island saw very little of it.

Yesterday Auckland struggled to top 15 degrees and Hamilton was lucky to even make the teens as a pool of cold air hung over both cities.

Saturday was very cold further south with double figures fortunate to be achieved in one or two centres over the east of the South Island.

Rain added to the misery in western and northern parts of the North Island yesterday and in some areas on Saturday, especially Taranaki where substantial rainfall totals were witnessed causing some problems.

Coasters further south bathed in sunshine and temperatures topping out in the low 20s as warmer breezes managed to form and blow west of the Southern Alps.

Across the Tasman over the weekend and thunderstorms took hold over parts of South Australia.

Severe thunderstorms  flooded parts of South Australia, with as much as 25mm of rain falling in just 10 minutes.

The hardest hit regions were the Flinders and Mid North districts, where multiple bands of thunderstorms delivered widespread rainfall totals of 40-60mm. The deluges were also accompanied by frequent lightning strikes and squally wind gusts.

The storms marched in a northwest to southeast direction across the state, bringing the heavy downpours to the Adelaide area.

Adelaide itself only gained 9mm and 15mm of rain fell at the airport as the storms quickly raced through. Though the totals were not significant for Adelaide, the storms did bring brief heavy downpours, intense lightning and wind gusts to 60km/h.