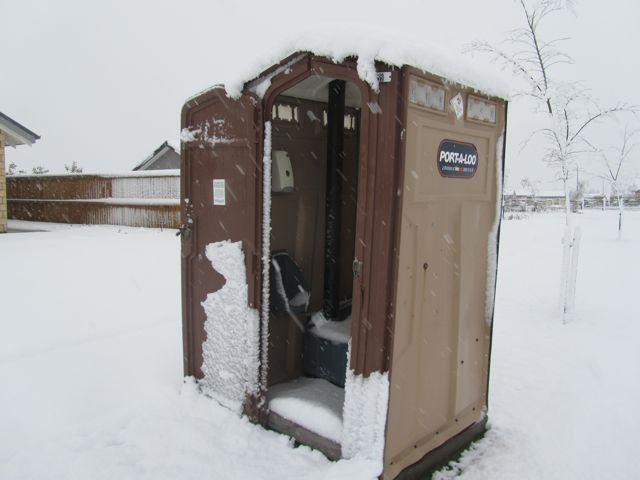 We’re letting our WeatherWatch.co.nz  Facebook readers tell the story with how the weather is shaping up this afternoon.

Pieter says “Sunny on one side with snow melting and rain sleet and snow falling on other side of hill by Lake Mahinerangi”.

Tania commented “Timaru,.clear blue sunny skies to the north,nasty black clouds cumin from the south and a blimin freezing wind”.

Kane in the Wairarapa gave us a wintry update”cold in Masterton, showers seem to be more sleety at times now , still getting colder and winds picking up”.Kathryn added “East of Masterton. Steady/heavy rain with slight breeze 5 deg. Have had the sun poking through at times but plenty of showers too. Still hoping it might turn to white yet…..I live in hope lol. Had very small powercut earlier too”.

In Auckland it was a bt of a different story according to Kirsty “Not bad here in west aucks over cast odd little spits but wouldn’t say it’s cold. I’m in a tshirt outside!”

Christchurch has the cold and the quake early this morning was also mentioned by Stephen”In chch i walk to barrington mall,my face is freezin and,at 2.35am i did woke up and felt the aftershock of 4.2″.

The cold has really set in over the lower North Island with Andrew saying”Snowing heavily on the hills behind Levin, and bitterly cold in town with biting southerly blowing. Almost feels like it could drop snow here, and after last august nothing would surprise me if it did.”

A country that is having a real taste of winter in places but more settled skies in other areas. Another typical wintry day across New Zealand!

Borring and damned cold in Wellington.
Could you persuad the High thats moving in to put it’s front end out some more to edge the flow over Wellington more Southerly so that we can get a proper dose of rain and hail.
Right now it’s all heading out the Wairarapa way.

Completely clear in Nelson and calm. The air is cool but it’s nice and warm in the sun. Awesome!

Cool in Invercargill but DRY with enough sun so that no heating is needed inside. Washing is drying too! Not sure how they come up with the forecast at times but I see they’ve changed it from ‘occasional showers’ to ‘a few showers’ Late afternoon, that will probably be changed to ‘chance of a shower’ Lol