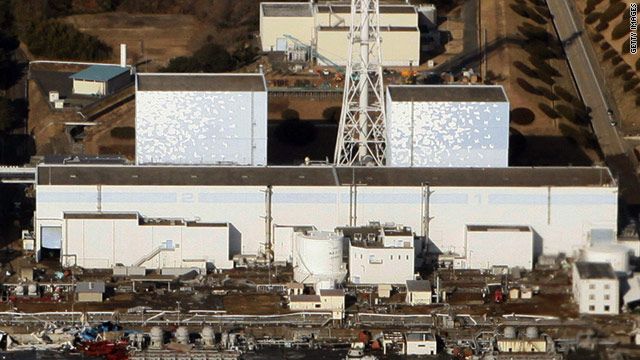 As we reported in our Weather Video on Monday there is no risk of radioactive fallout in New Zealand should the worst happen in Japan.  New Zealand’s GNS Science responded today to the news that high levels of radiation are being transmitted by the Fukushima nuclear power facility in Japan.

Below is their press release issued a short time ago…

Related Video:  Should NZ be worried about Nuclear fallout?

New Zealanders can be assured that problems being experienced by nuclear power plants in Japan will not result in any environmental contamination reaching New Zealand, scientists said today.

“Providing non-radioactive iodine to the local population will prevent the most common long-term consequence of this type of radiation exposure – thyroid cancer,” Dr Barry said.

Even if the reactor cores were to melt and remain within the reactor vessel, consequences for the general population would be minimal.

There would be some release of radioactive material in excess of normally acceptable levels, but it would be minor compared to the fallout from the Chernobyl plant in 1986 and not pose a significant public health risk.

From the latest media reports, it appeared that all three reactor vessels were fully in tact and excess pressure within the containments had been intentionally vented. This included release of some radioactive material.

“For New Zealanders in Japan, the only significant risk will be to people in the local area if a reactor explosion, with loss of integrity of the reactor containment, did occur. People should follow the instructions of the Japanese authorities regarding evacuation. Moving some distance from the reactor site is the most important risk-minimising procedure.

Research Manager at GNS Science, Chris Kroger, said the Fukushima 1 Nuclear Power Plant operated boiling water reactors that used fresh water for three purposes: for cooling; to provide steam to the turbines; and to slow neutrons so they could be captured for sustainable nuclear fission.

“Because of this last use of water, these reactors cannot sustain nuclear fission after water is removed from around the fuel rods,” Dr Kroger said. This was a fundamental difference to the design of the Chernobyl plant, which allowed an uncontrolled nuclear fission chain reaction to take place after an increase in the steam/liquid water ratio.

After the magnitude 9 earthquake on Friday, reactor staff are understood to have successfully terminated the fission reactions in all reactors at Fukushima by inserting control rods and initiating emergency cooling of the fuel rods. This was normal procedure in an emergency. The tsunami that invaded the area then caused the breakdown of emergency cooling, which in turn had the potential to cause core melting and explosions.

While partial core melting contained in a reactor vessel does not pose a risk of significant radiation exposure, an explosion leading to loss of the reactor vessel and containment integrity could distribute fission products in the vicinity of the power plant and beyond.

Such a potential explosion would not rival that of Chernobyl as
a) nuclear fission stopped days ago,
b) short-lived radioactive fission products had already had time to decay for several days, and
c) containments are in place that will keep fallout inside the plant, or at least minimise external fallout, Dr Barry said

Okay so the wind and rain won’t come this far but what about the marine life, surely fish swim across the entire Pacific?

Fish was something I hadn’t thought of! Poor fish. Won’t bother me in that respect as I don’t eat fish. Allergic.