Home > News > Not so quiet on the western front...

Not so quiet on the western front 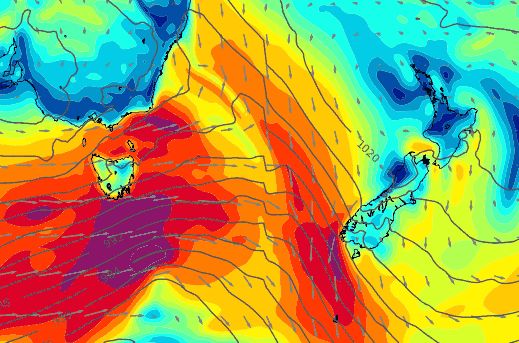 Windy weather set to return to NZ next week — That wind – it drives some people crazy while others find it healthy and refreshing, but no matter how you feel about it we have some windy weather on the way next week.

Before then the air pressure is levelling out across New Zealand and despite a windy 48 hours in some parts of the North Island, thanks to a low that quickly formed east of Gisborne on Thursday, conditions are about to calm down.

The air pressure will rise over much of the country this weekend and into Monday as a high drifts in from the north west.  Winds will ease for most places during Friday and Saturday although may pick up a little on Sunday in some areas – but will be nothing like some of the gusts recorded on Thursday.

But hang on to your hats – on Tuesday a westerly blast will bulldoze that high back northwards and strong winds will push right over the country.

Strongest winds next week will be in the south and east of both islands and about Auckland too, which tends to be a bit of wind tunnel when winds pick up from the west or south west.

WeatherWatch.co.nz says the strong winds could boost temperatures inland and out to the east next week – with the possibility that the strong, dry, winds could create the nation’s first 30 degree day so far this season.

Homepage Image / The huge wall of westerlies roaring towards New Zealand by the end of Monday – for more, please visit our new interactive maps page.

The weather here (in Marton) as of late has been downright awful , instead of warming up it fluctuates between rain or no rain and cold winds , ive even got a touch of the cold , oh to be living back in Aussie!