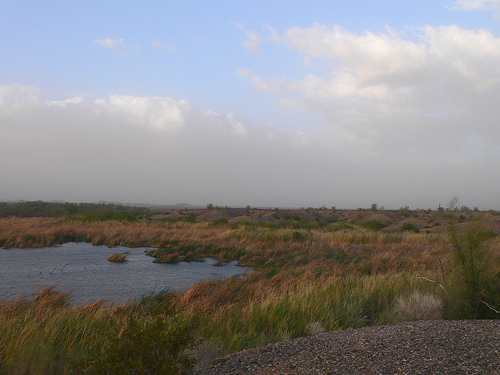 Even though parts of the country are seeing some cloud and showers passing through, temperatures are climbing and a number of centres have hit 20 degrees or higher this afternoon.

Invercargill had a drying nor’ east wind and was 20 degrees at 11 o’clock this morning. Occasionally when a north easterly is strong enough over eastern parts of the Mainland it warms up over inland South Otago and Southland before it hits the southern coastline.

Last night rather muggy conditions prevailed over parts of the upper North Island with the thermometer failing to drop below 15 degrees.
Today it’s still a little sticky and the ‘feels like’ temperatures is a little higher than the actual reading, especially during sunny intervals.

Although the warmth is set to remain for some, another burst of rain with possible thunderstorms is about to advance over northern districts with winds picking up again late today.
Last night Aucklanders copped gusty winds and periods of heavy rain but today dawned brighter although a few foggy patches caused commuters caused a couple of issues on northern motorways this morning.

Southerlies are expected to move into the far south later tomorrow and head northwards on Thursday along eastern shores and temperatures are likely to fall with showers moving in.

The weekend though is looking a little more settled however pockets of showers look likely to be dotted about parts of the nation just to remind us that Spring can deliver anything at anytime.