Home > News > North Island to get drenching and high w...

North Island to get drenching and high winds 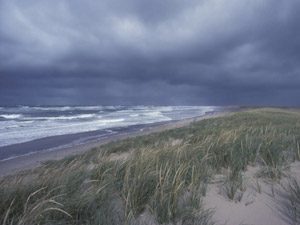 It’s not just the South Island getting all the focus over the next 24 hours but also western and northern parts of the North Island are being advised to batten down the hatches.

A northerly is building in the Tasman sea and is set to cover much of the north tomorrow with strong to gale force northerlies and rain with some localised heavy falls and thunderstorms also a possibility.

Squalls aren’t out of the picture either in isolated and exposed western areas and look likely to be at their most intense later tomorrow or overnight tomorrow night.

Wednesday should see a slow lessening of the wind however some heavy falls of rain are likely to remain as the flow tilts more northwesterly.

Gisborne to Wairarapa are likely to see similar gusts of wind pick up from the northwest over the next 24 to 48 hours however rain is expected to be sporadic.

Winds over  offshore waters around the North Island will be severe in peak gusts and swells will increase rapidly as of tomorrow morning as the northerly cranks into gear.

hello we are rural near the Ruahine rangers ,and was wondering if we will get snow,we normally get a bit if the Desert Rd has a warning out,thank you

Most of the cold air is further south today but late tomorrow and Thursday could see a coating especially about the top.

Well some wintery stuff had to show up sometime. After a very nice weekend over the last three days and a beautiful full moon in very clear skies tonight, a fitting finish.
The month of May has been almost perfect for the rural area of lower Northland. Even with average rainfall of 138 mils spread nicely over the month farmers have been spoiled in the lead up to winter with no pugging of pastures as yet. Even with a lot of rain predicted I will be surprised if we receive any significant falls as we usually don’t get much from the westerly storms.

Thursday to sunday looks worse to me.