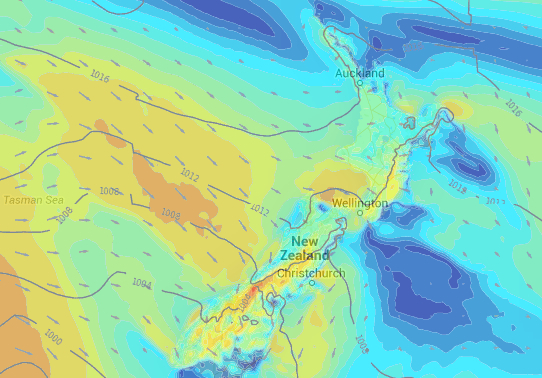 A west to northwest airflow lies over the country with a front moving northwards during the day over NZ, reaching the upper North Island in the evening.

This will mix things up a little after a largely docile weekend for most of the country.

The west coast of the North Island is looking cloudy with a few showers south of Taranaki, becoming heavy (and thundery) later in the evening and overnight. That rainfall moves furhter north later in the afternoon, to hit Auckland and Northland by evening. A few sunny spells are likely in the northern half of the island before the cloud and showers set in.

Wellington is looking at period of morning showers clearing then returning again in the evening, with a mix of sun and cloud in between, along with strong northwesterlies.