Home > News > No outside after work drinks this Friday...

No outside after work drinks this Friday 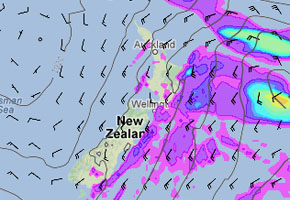 Some of us pop out after work for a drink on Friday looking to chill out with friends usually, and hopefully with the last remaining warm weather of the day. Unfortunately this will not be happening tomorrow as it’ll be too cold! After work drinks in front of a fire is a possible idea? But at the end of November not ideal.

There will be a cold southwesterly airflow over the country, showers in the east of the South Island clearing for most although the odd shower may hang about Christchurch and southeastern Otago till evening. For the North Island expect a more widespread area of showers in the morning for the lower half of the Island then showers becoming more restricted to the east coast in the afternoon.

Still, there will be plenty of cloudy areas for most of the North Island tomorrow and winds with be quite gusty from the southwest strong at times about Auckland. Conditions will be mostly dry north of the Waikato and about the Bay Of Plenty but there is room for the odd brief shower at times during the day, mainly in the west.

High’s tomorrow for the main centres will be 12 to 13 in Dunedin, 13-14 in Christchurch and Wellington and then 16 to 17 in Auckland. So Auckland does get the warmer high’s but indoors will still be best.

The most pleasant spots tomorrow will likely be Hokitika through to Westport, Nelson and the Bay Of Plenty in the north, these areas being more sheltered from the southwest airflow will reach high’s of 17 to 19 degrees. Most importantly there will be some sunshine in these places too.