No drought breaker but it’s a start 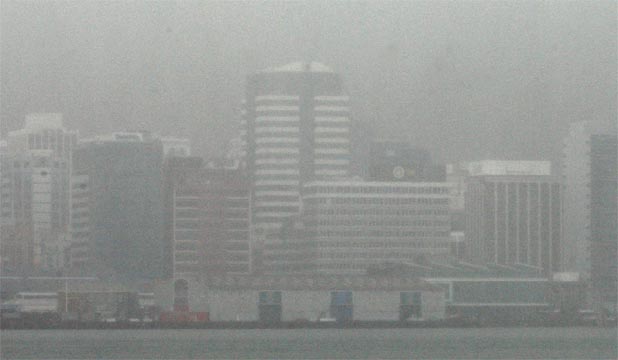 There was a little relief for parts of the country yesterday and overnight with some rain or showers and although it’s not going to stop the drought at this point at least it was something.
The good news is theres’s the promise of a little more to come today.

For the second day running changeable skies cover parts of the country with showers dotted here and there, long dry areas across the north and west of both islands but some rain in eastern areas is likely with coolish southerlies.

Overnight saw steady rain over eastern areas of the South Island whereas the opposite side saw a few heavy showers.

Across the North Island it wasn’t quite the same situation with just the odd shower during the night however with the southerly working its way north, Wellington and eastern parts of the North island should see some rain or at least showers today.
Another band of rain or period of showers is likely to move across much of the North Island this afternoon with the chance of a few heavy downpours in isolated areas.A rumble of thunder could also be in the mix.

Colder temperatures have moved over much of the South Island and southerly winds have given a very fresh feel this morning.

Temperatures were certainly in contrast up north and above average for much of the North Island overnight with humidity levels quite high across the upper north especially.

Back to yesterday and rain was moderate in some areas but lighter or almost non existent in others.

“Rain was patchy yesterday over most of the country but steadier falls were recorded over a few areas but it wasn’t the norm” says Head Weather Analyst Philip Duncan.”Today it’s a similar scenario but more chance of better falls as the showers or rain could be quite widespread for a time over the North Island this afternoon particularly.There could be some localised downpours but that’s a 50/50 chance at the moment.”

The South Island also saw rain yesterday but once again it was sporadic.Marlborough saw very little but further west and south a little more fall.

“The West Coast did see about an inch or 25mm by the end of the day about lower ground but perhaps not as much as expected” says Weather Analyst Richard Green.”At least it’s a start and overnight some rain moved up the east of the South Island with 10-20mm recorded in some places since last night”.

Nelson and Westport and Greymouth saw falls between 20-30mm for those 3 centres. Invercargill managed 5mm, Queenstown 24mm, Timaru 16mm and Blenheim only 0.5mm

Weather Analyst Richard Green commented -“Cantabs had to wait until last night before the rain arrived as only a few spits hit the ground yesterday and it was rather muggy.It was worth the wait though as the rain set in during the night and the temperature dropped quite a bit.”

Wellington should see rain and southerlies driving into the city which is welcome news for many residents as water reserves have been extremely stretched. With a total of just a couple of millimetres yesterday it’s hoped that more widespread rain should see that amount climb considerably.
The cricket is likely to be severely affected today at the Basin Reserve and New Zealand might breathe a sigh of relief however yesterday they batted well on a truncated fourth day due to the weather.

Many readers got in touch with WeatherWatch yesterday and most were delighted with the rain but still a few were frustrated by the lack or rain or basically no rain at all across some regions.

We have had a good steady inch of rain up here in Kaitaia since yesterday morning so very happy with that. Was still drizzling this morning but now mainly blue skies with light southwesterlies.

Nothing wrong with that at all and thanks for letting us know.

Chance of a few more showers later today we hope.