NIWA hits back in data dispute 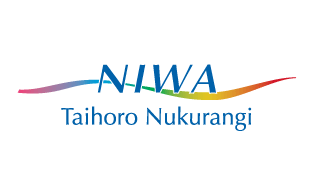 Lawyers for the National Institute of Water and Atmospheric Research (NIWA) have hit back at claims by a group sceptical of global warming that the Institute’s temperature data is invalid.

The New Zealand Climate Science Education Trust, a branch of the NZ Climate Coalition, has brought a case before the High Court in Auckland against the country’s state-owned weather and atmospheric research body.

National Institute of Water and Atmospheric Research (Niwa) records show a national warming trend of almost one degree Celsius in the last century, a figure which the Trust says is unreliable and almost 50 per cent above the global average for the period.

Niwa’s lawyer Justin Smith told the court this morning that the plaintiff appeared to be manufacturing rules that suited its case.

“They do not come from anywhere but its counsel’s inventiveness. They change at the last minute and without notice when a plausible objection is raised.”

Mr Smith is currently outlining the defence’s response to six submissions made by the Trust, including whether Niwa had an obligation to adhere to “recognised scientific opinion”, and whether Niwa used contaminated data.

The Trust says unscientific methods were used to reach the results, creating an unrealistic indication of climate warming.

He challenged the way Niwa had adjusted temperatures recorded at stations, which he said were moved half a degree downwards on average in early readings.

“Is that valid that you can expose a trend, simply by pushing down the readings in the early part to make them colder? Then when you compare them to the modern ones you get a steep increase.”

Instead of using the accepted international method to estimate how site changes had affected temperature and rainfall, Niwa instead used the untested techniques of former employee James Salinger, said Mr Sissons.

The disputed climate data had been used for a number of projects, had a “profound effect” on policy making, and was also used to predict future trends, he said.

Look, there are so many lies, smoke and mirrors that are used by government agencies in the matter of Climate Change, Global Warming etc, that we who are all for the truth, can see it all for what it is.
Follow these methods of data readings, fllow the other methods of data readings, why don’t we all just look at the truth.
There is an agenda, an agenda to rid the planet of as many humans as possible, the UN have introduced their agenda, agenda 21, climate change is just a paragraph in the book of agenda 21 that is/has been introduced by the Fascist United Nations.
If people would spend some time looking through it instead of worrying about who’s going to win the Super 15, or the outcomwe of Coronation Street or The Block, for gods sake look what is really going on in the world, and don’t trust your government or council as you normally would, they are all in this together and hoping you just don’t notice, or worse still, just don’t care.
Here we have some more BS where the former Greenpeace nutter is now blaming the lack of global warming but increase in CO2, on the increased absorbsion of CO2, will these people never cease?
They never cease to amaze me that they think there are no people like me around that are not distracted by daily propaganda spewed by media etc, but actually have a brain that can see hear, and think for itself to see all the bs emitted by the likes of NIWA and the government.