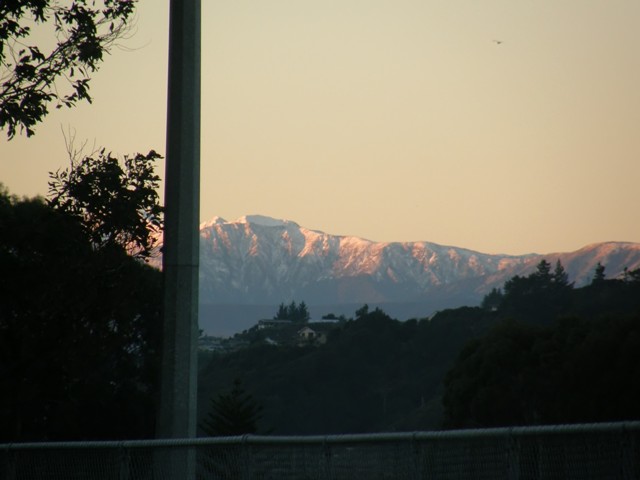 Another cold night for many but some areas in the south had a milder night due to cloud cover and an approaching front.

It’s been a week of sunny days and frosty nights nationally which is often quite typical of June but this weekend suggests there could be a  blip or two on the radar.

The first front is expected to move up eastern areas today with southerlies increasing and a small band of showers likely but tomorrow, a more active front is likely to bring stronger biting winds with more showers and snow to low levels over the mainland and this should affect the North Island tomorrow night and into Sunday.

There seems to be a pattern emerging recently with brief southerly changes followed by settled conditions for a few days.
This appears likely once the southerly dies out this weekend but temperatures are expected to warm up a little early next week, as a northerly envelops the country but this time some moisture accompanies the milder air.

Out west the weather should be most settled this weekend, as the southerly tends to provide shelter with sunny conditions often and just a cooling breeze.

Dont mind it cold in the mornings except the very annoying condensation,Look forward to the NE next week but not the genko leaves it will blow across though.

I am assuming here you mean indoor condensation, if so may I suggest a DVS system for your home, it will remove all the moisture on these frosty mornings and others and will keep your home free from damp. mildew etc etc. My unit is great and whereas we used to have windows running with condensation we get nothing at all now.

Quite inexpensive to run, installed in the loft or similar and very very quiet running.

I am not an agent for these units, just installed one a couple of years ago and am delighted by the difference in having a warm dry house instead of a wet one.