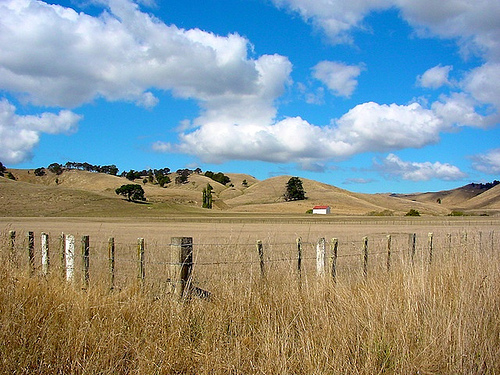 It’s been a cold night for many but Queenstown is unusually the warmest town in the land on nine degrees with a westerly kicking in.
Further north and  Taupo is the coldest centre this morning with minus three degrees and frosts have been recorded overnight in quite a few central North Island areas.The mercury has also dropped to seven degrees in Auckland city and surrounding areas have dipped as low as three degrees.

Despite this temperatures overall should be warmer and winds in central and southern areas will be partly to blame for this.

Nor’ westers are set to amp up and become very blustery, especially in inland areas. MetService have issued warnings with gusts possibly peaking at 130kph over inland and eastern areas of the South Island.

Even though the mercury might be on the climb today, overhead it doesn’t appear to be wall to wall sunshine.

Cloud is set to increase over both islands on the western fringes and nor’ west winds are likely to pick up to gale force across inland areas of central and southern districts.

The front advancing in from the Tasman Sea will generally impact the west and south of the nation but as the front moves northwards it appears it will lose a lot of its oomph in terms of rainfall.

Yesterday many Facebook readers commented that October was generally lousy with so many windy and wet days.David of Tauranga said ” Typical Spring, we just haven’t had one for a few years near Tauranga so most have forgotten what spring is really like. Just had a very Typical Labour Weekend and definitely not as bad as some I can remember”.
Nicola of North Canterbury commented”bit of everything here. Which is pretty typical for spring really. Hailing in Rangiora and raining at the mo”.

Comments came in from Australia but also South east Asia including one from Andy Harwood ” Been in Vietnam for all but 2 days of it… so sunny and hot (avg 32 degrees) with the odd late afternoon thunderstorm. Perfect really”

So the biggest talking point seems to be the nor’ wester gathering pace today and the thickening cloud associated with it along the West Coasts of both islands.