Next week and how it is shaping up 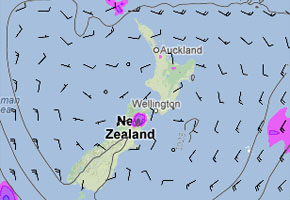 On Monday a weakening southerly front moves up the country affecting regions mostly in the east, there could be a few showers along the west of the North Island also. It’s not a major southerly front but will mean temperatures to start the week will be a bit cool. Meanwhile an anticyclone sits in the Tasman Sea.

Tuesday sees the anticyclone moves over the country with it’s centre largely sitting over the South Island, an easterly airflow will lie over the North Island and there is a chance due to a small trough that a few showers may affect Bay Of Plenty northwards during the day particularly in the afternoon.

Wednesday looks sunny over the whole country with light winds for most although for the upper South Island and the upper North Island in particular a few isolated afternoon showers may get going due to afternoon heating causing some slight instability in the atmosphere, these showers may be more likely in inland sheltered areas like the Waikato and Nelson Lakes region.

On Thursday a northwesterly airflow develops over New Zealand with the anticyclone getting squeezed and pushed to the north of the North Island, naturally this means warmer weather for eastern regions of both islands with showers developing on the West Coast of the South Island. Friday sees northwesterlies continuing over the North Island while at this stage a low looks to form over the South Island on a front.

Looking at the map displayed for this artical …SW wind only for Auckland.