Next 7 days rainfall still too low for drought zones 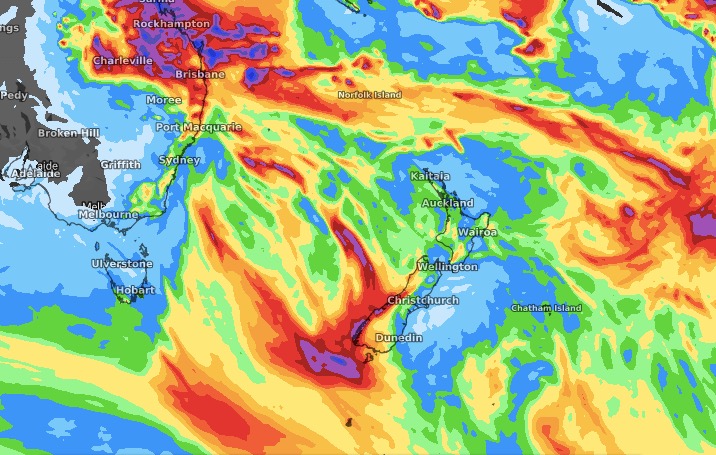 High pressure continues to choke off rainmakers to northern New Zealand and other drought/dry zones across New Zealand.

WeatherWatch.co.nz says the latest forecast does show some showery weather, which is definitely a positive within a week of the last showers, but the totals aren’t great with some areas only expecting 5 to 15mm in the next 7 days.

“While we do get a little relief next week the reality is that all drought zones will still be leaning drier than average, even if not quite as dry as it was in January or February’ says head forecaster Philip Duncan.

On Monday, Tuesday and Wednesday next week showers are forecast for the upper North Island, moving in from the west. However the nature of showers is hit and miss and so totals may not be overly great unless you’re lucky enough to be affected by “training” – this is when showers form one after the other in a line and can feed into the same area. The downside of that, for others, is that they get a day of dry weather when showers are falling either side of them.

“The best chance for rain is in between the highs” says Duncan. “In January and February the highs were almost nonstop, now we are getting a break between each one with some low pressure/wet weather and while not enough to reverse droughts is it still some rain. We get showers next week due to this set up and again around March 15, 16 and 17”.

Philip Duncan says farmers and growers should stay optimistic. “If we weren’t seeing cracks in the high pressure belts we wouldn’t say ‘stay optimistic’ but we are seeing signs of change this month that is allowing showers back into regions that have been dry as a bone for months. It’s not enough to reverse things or even make a big dent, but you might find after a month these showers are starting to help more and more people”.

The end of March is looking more autumnal with perhaps windier weather and more changeable weather kicking in.