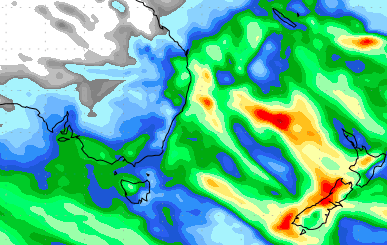 For 36 hours straight parts of northern New Zealand have had plenty of rain – but as we look towards the next 10 days the rain makers are shifting further south in what looks to be a more “normal” set up.

As we reported yesterday “West Coast rain” came to Auckland – that set in wet weather for over a day is unusual for northerners but the upper North Island had the right conditions for this to occur over Wednesday and Thursday this week.

As we head into next week fronts will be coming at New Zealand from the Southern Ocean for the most part, putting the West Coast smack bang in the firing line.

Total rainfall amounts over the coming week and half may climb to 150mm or above for the West Coast.

If you’re in Canterbury and desperate for rain we have both good and not so good news.

The good is that patchy rain is this morning spreading into North Canterbury. The not so good news is that it’s not overly widespread – and that the next week ahead looks mainly dry. However, there may be some spillover from the heaviest West Coast rain events for Canterbury farms that are closer to the foothills/main divide. 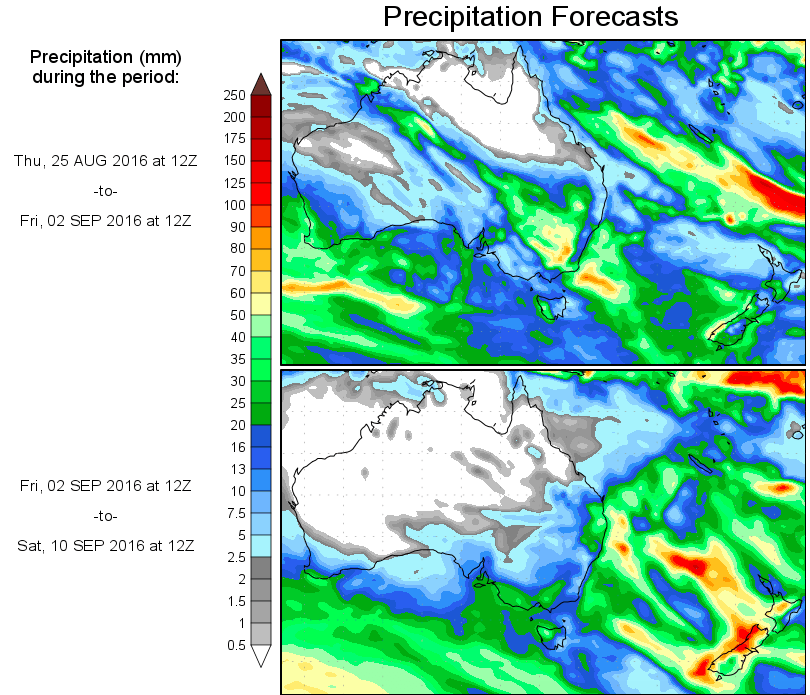