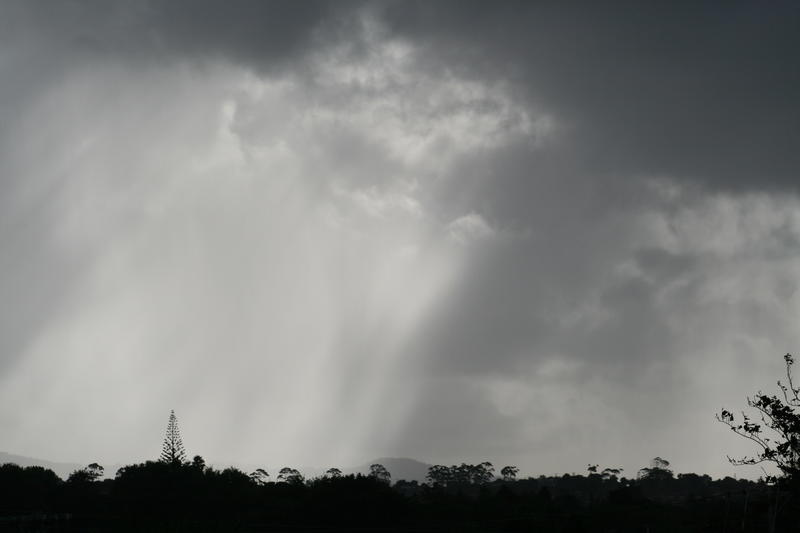 On Saturday we have more of the same – with mostly calm-ish weather around the country, though there’s a bit of shower and cloud activity about too.

A ridge sits over the North Island, spreading out from a high that sits east of the country out in the Pacific Ocean.

Most of New Zealand has a dry start to the day for any dawn services – but a few brief showers are possible in eastern parts of Northland and Cormandel Peninsula, also western BOP and GBI.

In the South Island the West Coast has the highest chances for dawn showers, especially the further south you go.

Here’s the general forecast for Saturday:

The North Island has an increasing northerly quarter windflow.
That means it’s a mostly sunny day for the island, although some cloud and the a shower is possible about some exposed eastern areas, right from the Coromandel up through to eastern Northland.

Over the South Island itâ€™s a mostly sunny day in the east, with building high cloud about Southland and Otago from morning.
This cloud won’t reach Canterbury till afternoon or evening though, while the West Coast looks cloudy with showers, and steady rain for Fiordland from afternoon, with heavy falls pushing into the rest of South Westland overnight.

North to northwesterly winds will be gusty about some inland areas over the South Island from afternoon, though they shouldn’t cause any significant problems for anyone.