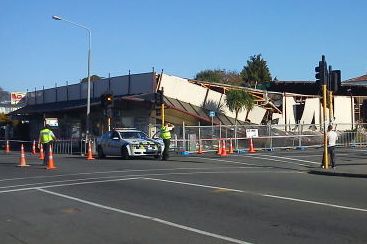 The September 2010 Canterbury earthquake appears to have spurred thousands of New Zealand households to improve their preparedness for a disaster, according to data released by Statistics New Zealand.

Following the first significant earthquake in Canterbury, on 4 September 2010, double the number of households in the region (36 percent) reported being prepared for an emergency than before the earthquake (18 percent).

Those households reported having enough stored emergency water and food for three days, and a household emergency plan. These are the basics that help a household survive.

Government Statistician Geoff Bascand said this information comes from the 2010 New Zealand General Social Survey, which happened to be underway at the time and collected information on emergency preparations for several months before and after the September earthquake.

“It shows that many more households in the Canterbury region were prepared for an emergency in February than they were in September.”

Nationwide, the survey found that 20 percent of households had water, food, and a plan ready after the September earthquake, up from 15 percent in the five months beforehand.

The upward trend was also noticeable in Wellington, where 27 percent of households reported having the emergency basics ready following the September earthquake, up from 20 percent in the five months beforehand.

In Auckland, there was no increase in households with the three basic provisions, with preparedness remaining at around 10 percent.

We live in Auckland and have had our Emergency Kit ready for action since we arrived here 6 years ago….. I dont know anybody else who has thought about makng one up…. seems a bit daft to me…. its advertised on the media that you should have one ready!