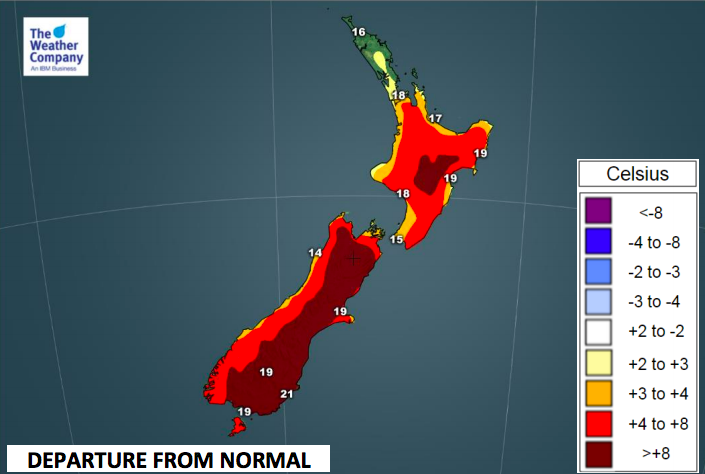 A large part of New Zealand will enjoy spring warmth and mostly sunny weather in the days ahead, including the weekend and potentially in to next week as well.

The warmth is thanks to westerly quarter winds which will ramp up as warm nor’westers at times – a particularly dry and mild wind direction for many parts of New Zealand…but not all parts.  In Waikato, Taranaki and Manawatu-Wanganui there may be some mostly cloudy or overcast weather because of westerly onshore winds bringing low clouds and the surrounding ranges trapping them.

In the South Island, the west side of the Southern Alps will be mostly cloudy. There will be a period of rain during Thursday daytime due to the passage of a weakening front. On the eastern side of the ridge, Marlborough, Canterbury, and Otago will be warm and sunny. There will be periods of strong northwesterly gusty winds as well. As the winds bring warm and dry air daytime temperatures are significantly higher than normal for the next few days ahead, especially in eastern part of both islands. Highs in the low 20sC are expected in these areas. 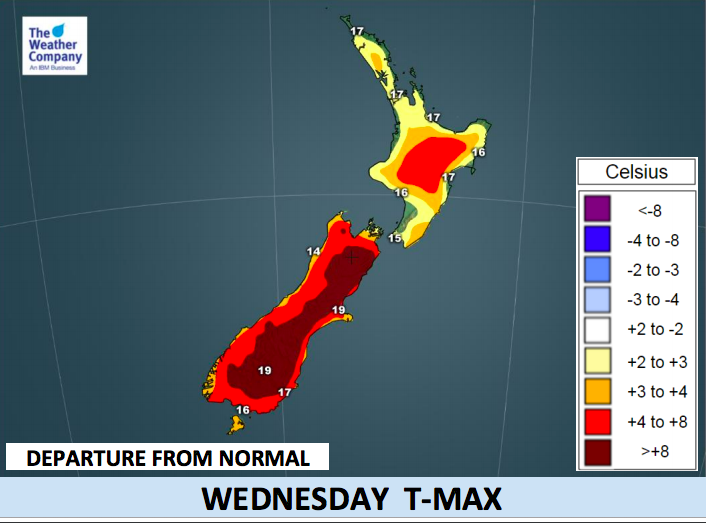 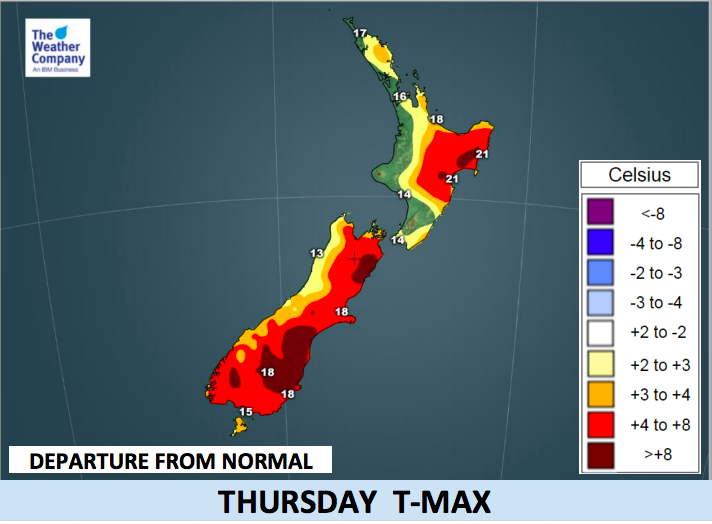 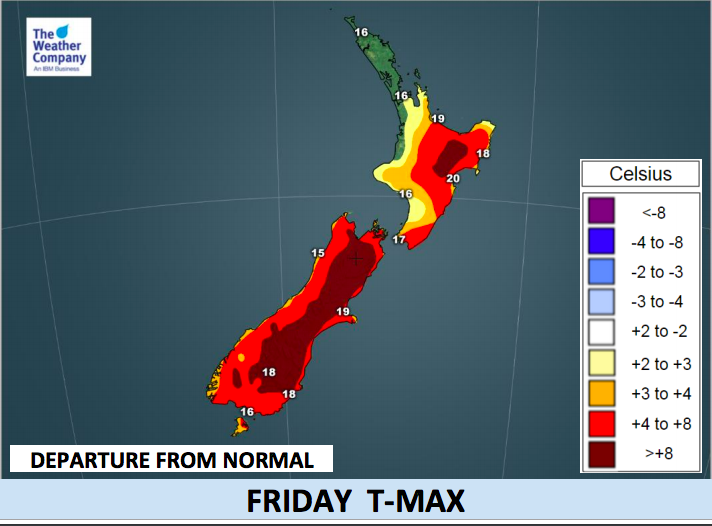 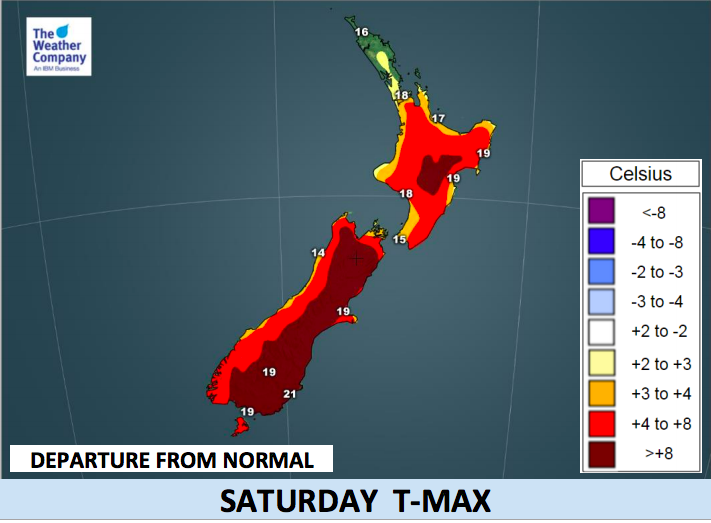