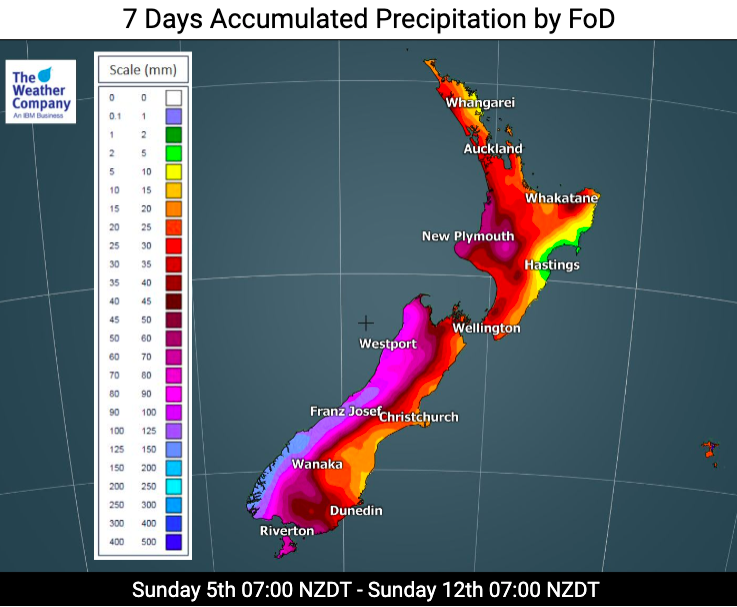 Autumn seriously arrives later next week with a blast of severe weather expected from the Southern Ocean. The good news? It brings rain too.

The first front arrives on Wednesday bringing rain to western parts of New Zealand and either patchy rain or showers for the northern drought zones.

After that showers continue for days ahead as windy westerlies blow and tilt south to south west into the weekend.

This map below is a 7 day rainfall forecast map from IBM and it runs from this Sunday to the following Sunday (so doesn’t include today or tomorrow, which are mostly dry anyway).

For those in drought we hope this brings a little more hope that wet weather is returning slowly – but it will be coming with a surge of wintry air at the end.

well the tropics are dead as a dodo bird