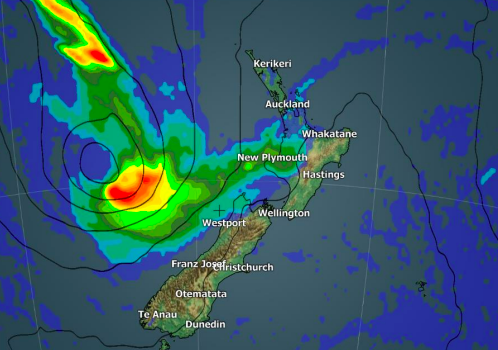 A newly formed low to the west of New Zealand isn’t going anywhere fast – in fact it could linger until Sunday with the remnants (showers and cloud) lingering into this time next week.

WeatherWatch.co.nz head forecaster Philip Duncan says the low isn’t overly aggressive but will push a lot of cloud across New Zealand in the coming days. “We farewell summer and say hello to autumn this week on a cloudy, mild, note as this low spins like a tyre stuck in mud, not going anyway”.

Mr Duncan says the low will linger off the western side of New Zealand until Sunday, peaking in strength today and Wednesday then slowly weakening through until the end of the weekend. “This low will encourage a cloudy north to north east flow over both islands and will bring a mixture of drizzle, dry spells and downpours with our mountain and ranges breaking up the wet weather even further”.

WeatherWatch.co.nz says there will be plenty of dry spells but some areas may have a line of showers/downpours feeding in one after each other which could lift totals, especially in northern or western facing areas. 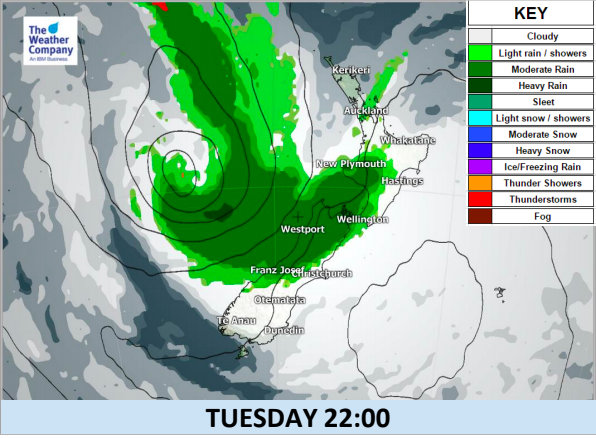 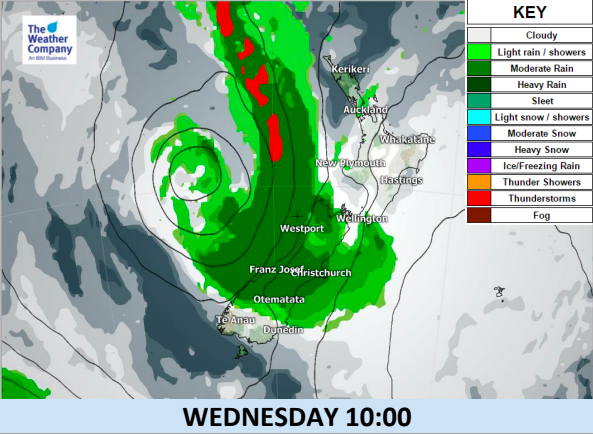 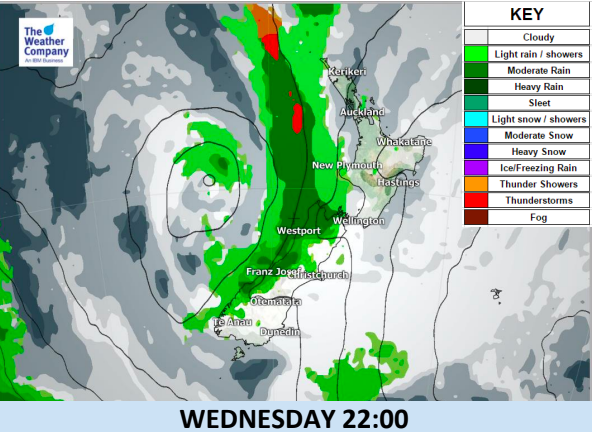 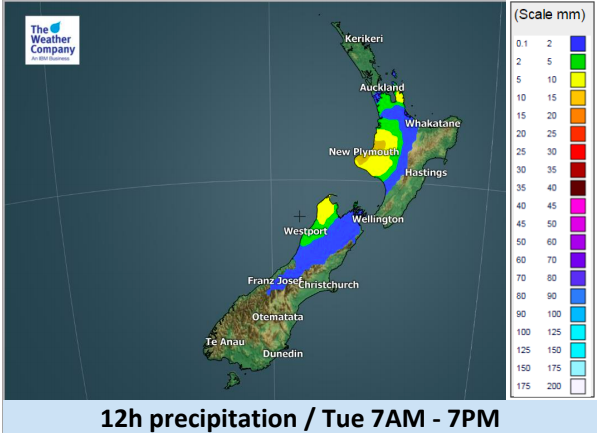 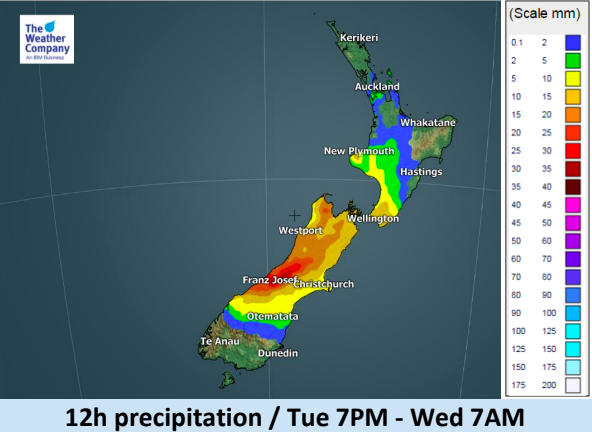 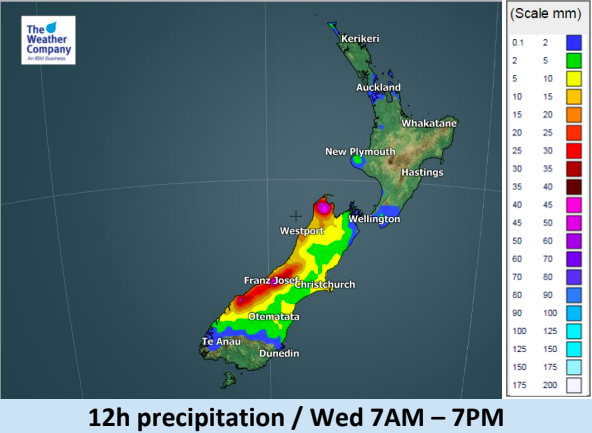 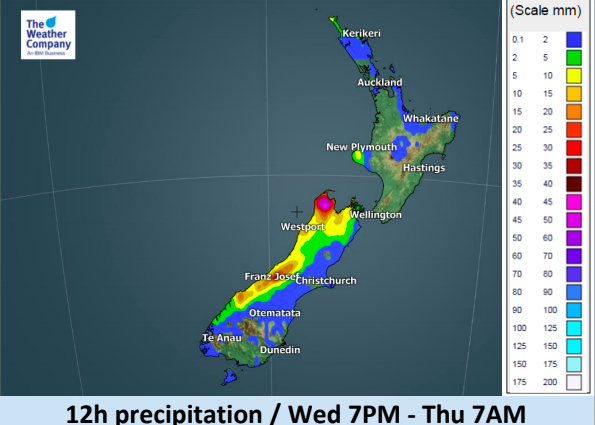 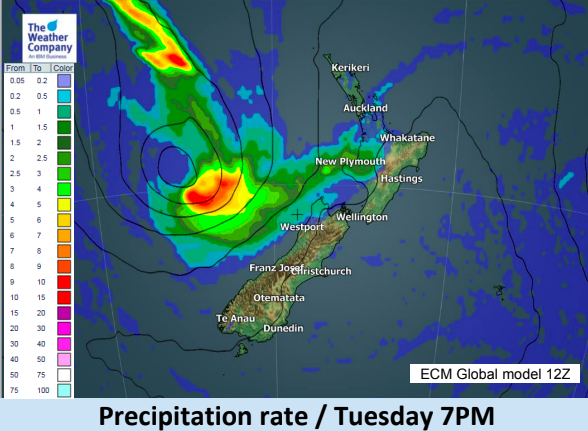 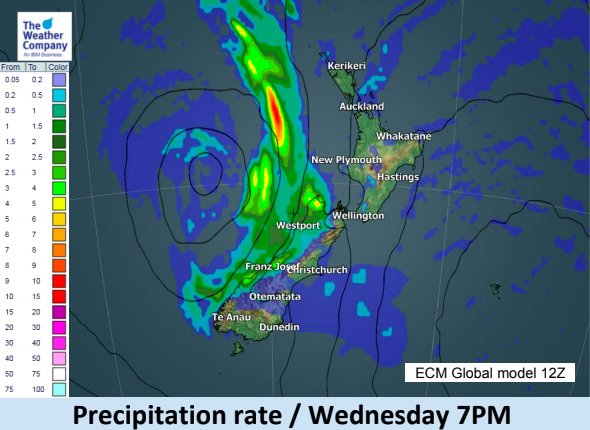