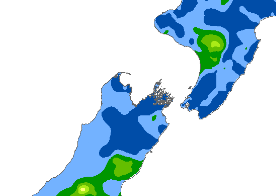 We can almost say the entire nation of New Zealand is wetter than average right now – but it’s technically not quite the case with one region still desperate for rain as another region sees a two year long drought come to an end.

Southland needs more rain – the southern most region is normally first to see the swing back to Autumn weather and away from the dry summer pattern, but not this year.

So far across 2017 the bulk of the rain makers have hit the north, the west and the east – but not the south.

The shadowing impact of the big Fiordland ranges, the mountains and hills of Otago and the protective hills to the north east have kept our southern most region drier than average here in mid-April.

Even normally dry Otago is wetter than normal right now.

There are a few days with showers over the next 10 days for Southland – but at this stage nothing substantial.

Meanwhile Canterbury’s drought is now over after more drenching rains fell from ex-cyclone Cook. The region is now wetter than usual, along with the entire North Island. Some areas of South Canterbury could do with a top up, but overall the region is the wettest it’s been in a number of years. 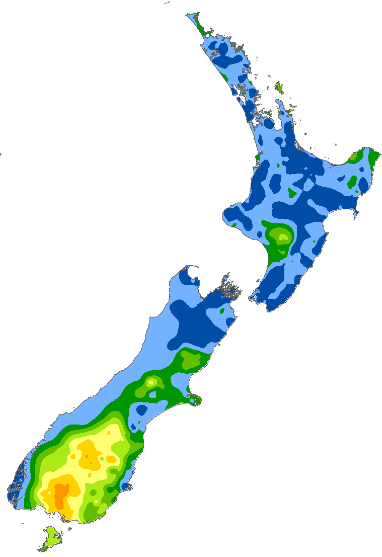