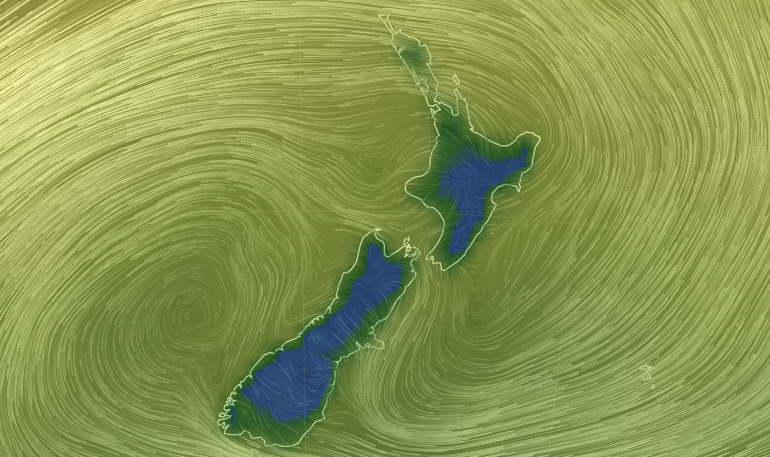 It’s an absolutely stunning Sunday across many parts of New Zealand this morning, as day two of the three day long weekend rolls around.

Despite many regions having two solid weeks with rain or showers every day, the long weekend is proving to be one out of the hat with most areas enjoying three settled, dry, mostly sunny days.

This morning frosts have again stretched as far north as Auckland with the city between 0C and +11 as of 8am, a typical example of the huge temperature spread across the large city at any given time.

There’s a touch of high cloud in the upper North Island this morning, on the northern edges of the high pressure system.

Fog and frost patches are greeting parts of Waikato this morning, whereas completely clear skies are spreading across many other regions like Bay of Plenty and Hawkes Bay.

Taranaki, a bit like Auckland, also has a big variety in temperatures this morning with more mild conditions right up against the Tasman Sea but frosty inland, especially east of the mountain.

Wellington is calm and cloud free this morning.

It’s frosty across Marlborough and Canterbury with clear sunny skies, and a sunnier morning in Dunedin this morning too.

The only showers today are north of the Bay of Islands and almost entirely out at sea for now.

The centre of the high – which is very large – perfectly covers all of New Zealand across Sunday.  The flip side is that this high is also delivering rough weather to the eastern side of Australia. That sub-tropical more volatile wet & windy side to the high will cross New Zealand this coming Wednesday and Thursday bringing an end to the calm, settled, crisp weather. 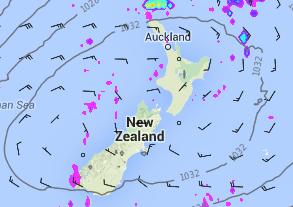 Image above/ The perfect high?  Covers all of NZ as of 7am Sunday / Weathermap