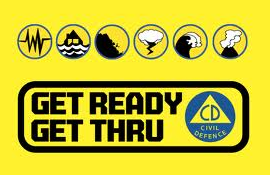 The New Zealand Herald on Friday interviewed the CEO of Civil Defence – and her response is yet another defensive one from the Ministry, following a pattern that spans many years.

“We have a well-established and tested system that pulls together all the required experts when we need them, this includes the New Zealand tsunami Experts panel, GNS Science and GeoNet.” Sarah Stuart-Black said to the NZ Herald today, rejecting criticism that her agency was too slow.

In our view this is a poor response – and is not being honest to say “we can do better?”.  As we said earlier, people in Japan and Indonesia never had over an hour to wait for authorities – and we should be learning from this and not saying we have learned nothing new from the Boxing Day tsunami over a decade ago.

WeatherWatch.co.nz truly believes New Zealand can do better – read our blog that kicked off this discussion in the first place

Even if it was a tough earthquake to work out, why can’t this be shared with the public in real time – it’s better than total silence which lead to people wondering if anyone at Civil Defence was even working. It was made more confusing by the fact that GeoNet had data but no one was explaining it.

Civil Defence’s response is similar to previous events where suggestions have been made for improvements – it seems any criticism of the Ministry is taken quite personally and there is also little to no interaction with the fast growing digital media sector that covers for Civil Defence during these events before they get around to activating.

We have emailed Sarah Stuart-Black twice today and the Minister – while they have actively spoken to other media outlets they have not replied to us.

Civil Defence has a good reputation and hard working people – we’d love to work with them to help better communicate around events like this to ensure the reptuation they have remains rock solid and reliable, as it should always be.  No major overhaul is needed here – just some honesty, and a few tweaks.

But hey, if this is the standard they want – we can’t fight them, just educate the public on why we think New Zealand can do better.

What a utter load of bulls**t this is.

ALL big quakes are a combination of large earthquakes in sequence. In all cases it starts with one rupture which then leads on to other rupture and then another and so forth. As the stresses move so do the ruptures. To think a entire fault will slip at once shows a complete lack of understanding of the forces at work.

To claim their delay was due to the complexity of the event is a scapegoat. In simple terms, they failed – massively. When you have people like (little old) me issuing reliable alerts a full 80 minutes before the authorities you really do have to start demanding more. I should be looking to them for information – not the other way around!

Lives are seriously at risk and clearly red tape and politics stand in the way. This needs to be fixed. And now. Next time we might not be so lucky.

Why not just warn people say there is a tsunami instantly then at least if your wrong everyone has gotten to high ground..better to say whoops woke you up for nothing rather than oops we stuffed up and killed people..just saying