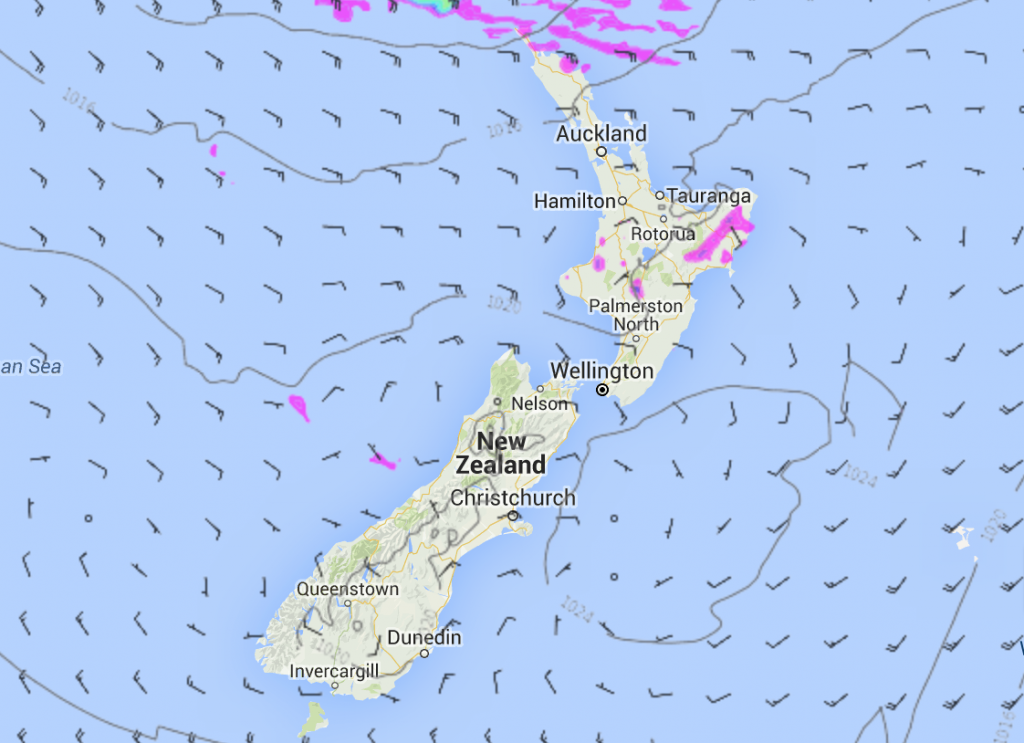 UPDATE – We continue our series again this evening with an outlook to how New Years Eve is shaping up around New Zealand.

We are still looking at a high pressure system lurking near-by however it now seems to want to stick mainly over the South Island, we still have a similar outlook in the pipeline though. Regions especially in the North Island will notice a change after NYE however as low pressure to the north of New Zealand starts to move in bringing rain to the far north.

For the North Island it’s looking mainly sunny in the west with any early morning cloud or showers clearing away south of Taranaki, winds from the south or southeast. Light winds north of about Taranaki in the morning. There may be a few isolated showers pushing through Waikato and Taranaki in the afternoon, perhaps south Auckland also as an easterly wind flow picks up. Showers will mostly clear by evening. Wellington and the Wairarapa sees a cloudy start with the chance of a shower then sun breaking through in the afternoon, winds from the south tending more to the easterly quarter later in the day.

Cloudy for much of the day about Hawkes Bay and Gisborne with southerly winds, tending easterly after midday. The odd patchy shower gradually clears away during the afternoon and evening respectively. Showers are looking quite hit and miss meaning some may remain fairly dry for much of the day.

The South Island sees morning cloud in Canterbury, Marlborough and Nelson then sunny areas breaking through in the afternoon, southerlies tend east to northeast by midday. Parts of Nelson and Marlborough mainly inland may not see cloud break away till later in the day. Southland and Otago is still looking to have a good sunny day with light winds tending onshore in the afternoon about coastal areas.

Greymouth northwards along the West Coast sees cloudy areas and perhaps a light shower or two during the day then clearing in the evening, areas of cloud further south along the coast also but at this stage looking mainly dry.

Temperatures in the low to mid 20’s for many regions across New Zealand. The cooler spots naturally will be where the cloud lies. The east coast of the North Island and West Coast of the South Island sitting around the mid to high teen mark.