New Years Eve: Rain for about half of NZ 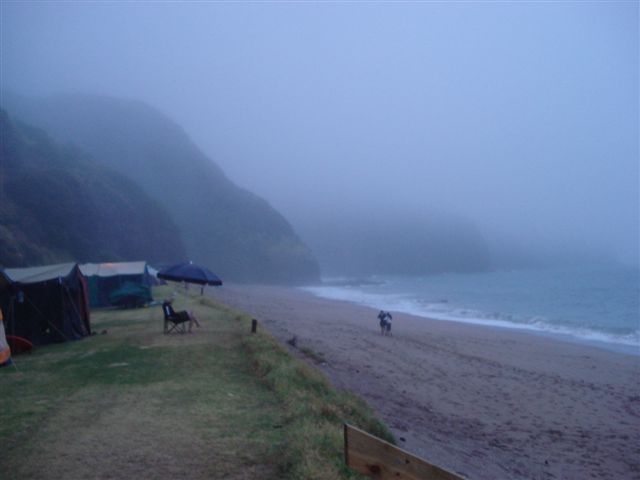 UPDATED Tuesday — A wall of rain will be moving into the western side of both islands this New Years Eve but thanks to our mountains and ranges about half of this rain won’t make it into all centres.

It will be a wet start to Dec 31st along the western side of the South Island, including Nelson.

By the afternoon showers will be more likely in Northland and Taranaki – then the rain clouds will slowly close in on Auckland, Waikato and other western and northern areas of the North Island.

The upper North Island looks increasingly wet towards midnight – while the rain clouds may well be clearing Wellington towards later in the evening with showers on the South Island’s West Coast easing back, as well as in Southland.

Not a perfect forecast that’s for sure! 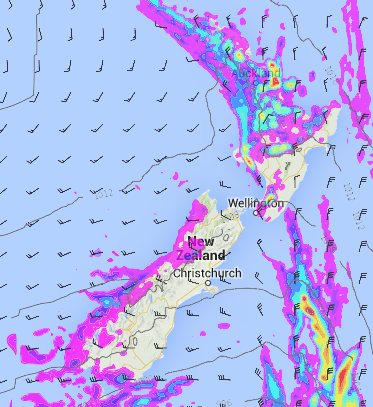 We’ll continue to update daily – the rain band isn’t going to be right across NZ so we’re doing our best to fine tune things as much as possible to help assist in your evening plans.

North Island: Certainly the wettest “zone” lies in the North Island’s western half from Manawatu to Northland.
South Island: Showers most likely West Coast and Southland.

I think that with a Heavy Rain Warning for the Western Ranges, a Watch for the Richmond Ranges and a forecast of Rain for the flat bits, that Nelson should probably be slotted in the Wet half.

I feel sorry for people in tents when this happens.  But not for long!