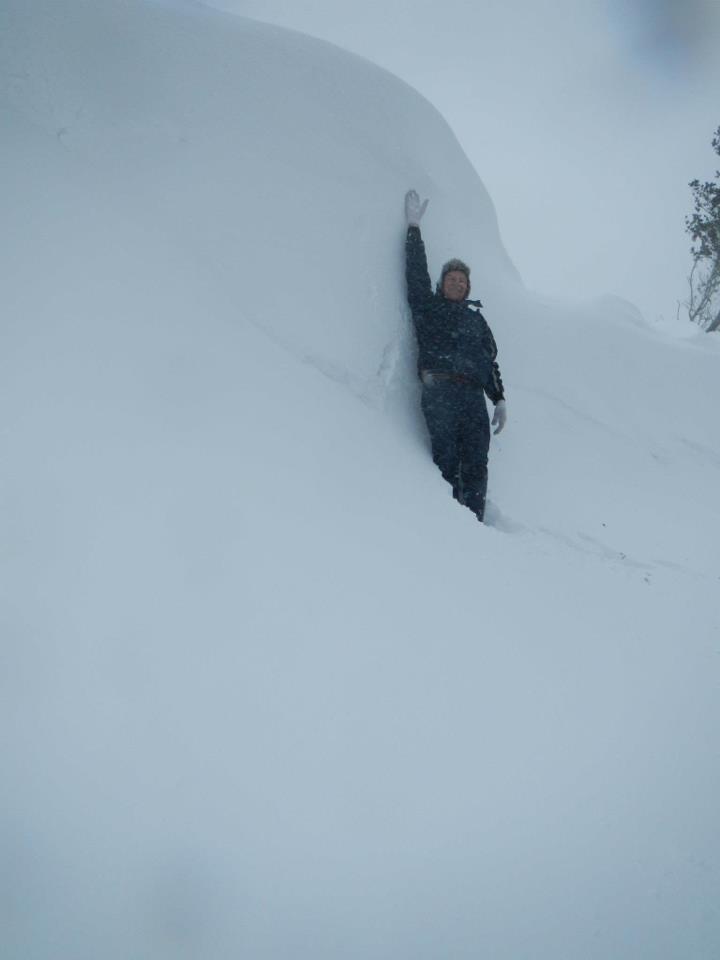 WeatherWatch would like to welcome a new column by our UK weather correspondent, Kris Surtees, who is based just north of London and will appear weekly on the site with weather information from the Motherland.

Hello there, and welcome to what I hope will be a regular weekly update on the ever changing weather across the UK.

My name is Kris Surtees, and I am a weather forecaster for a relatively new organisation in the UK. We, much like yourselves, are obsessed with the weather as a nation.

The variation in conditions across such a small landmass, created by our proximity to both the vast Atlantic ocean, and Continental Europe, has been perfectly demonstrated during the winter just passed, a winter that refuses to loosen its grip even as I type…more on that later.

So we begin in December, where North-West Europe was suffering a pretty severe freeze up, with paralyzing blizzards, bone-shakingly cold temperatures and mass disruption ensued. For some time forecast models insisted that this cold weather, in association with a huge Siberian high pressure system, would back West and affect the UK.

Indeed the cold temperatures did arrive, and following some earlier small snowfalls in late November (which despite their small accumulations – generally just a cm or two – ended up creating traffic chaos in Essex due to un-gritted roads) we saw a generally dry but very cold spell through the first 10 days of December, with extensive freezing fog and severe overnight frosts.
However, the Atlantic low pressure systems which dominate the UK much of the year round soon returned, and the concerns switched from ice to flooding.

Following one of the driest periods on record through 2011 and early 2012 with drought conditions, almost non-stop rainfall through the summer and autumn had left river levels very high, and through the rest of December, flooding affected many parts, with the South-West of England, and parts of Scotland bearing the brunt.

Some unseasonable warmth ensued through the remainder of December and right through the Christmas and New Year period, as low pressure parked itself just to the South-West of the UK, throwing up warmer Southerly winds, and plenty more rainfall. But by this stage, something was beginning to stir high above our heads across the polar regions.

There’s so much more to say and I’ll be back later in the week with an update on what then unfolded in this part of the world.

Enjoyed the rest of the weekend!

Homepage image of  very deep snow in Guernsey, after an 18 hour blizzard – Image by Dee Stonebridge

Good Morning, a nice interesting column and as I am from the UK many moons ago and have family there I take an interest in the weather in that part of the world. Brings back the good and bad memories of what can be an ordeal in winter time there. Also makes me very thankful for the climate we enjoy.

Thanks Derek and we thought it was interesting as well 🙂

Cheers for the feedback.

Haha we know. We don’t always like to be predictable 😉

Is that a new UK forecast style – to capitalise and hypenate wind directions (eg South-West)? Not something I have seen in UK meteorology.

We’re not entirely sure to be honest.

Welcome Kris and thanks for your first post. It will be fascinating getting regular updates from a UK-based forecaster about weather happenings in the ‘top half’ of the globe, especially as I have relatives there. In fact I have family and friends in far-flung places and we almost always talk about some aspect of the weather in our exchanges whether on the phone or via email; I’ve often wondered where this fascination (obsession?) comes from, perhaps it did originate in England 🙂

Thanks very much for your feedback and we have forwarded this onto Kris.

We believe there’s some interest from the UK with former Brits now living here and great to hear your thoughts.

Next story will appear a little later in the week.